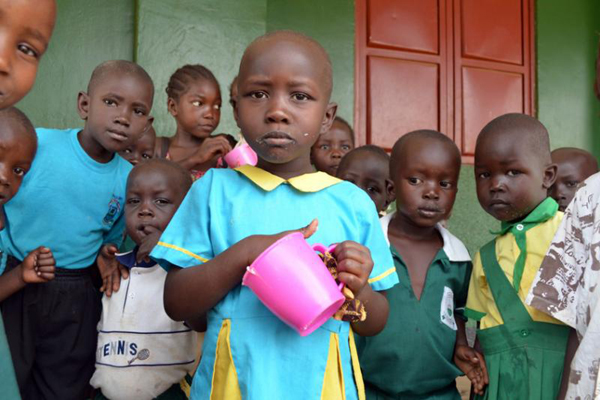 Such was the extent of devastation caused by two back-to-back cyclones in Mozambique earlier this year, nearly one million people, including 160,000 children under five, are still facing food shortages and a nutrition crisis, the UN children’s agency, UNICEF, has said.

UNICEF expects the number of affected children will rise to 200,000 by next February, while nearly 40,000 could become severely malnourished and at risk of death.

Cyclones Idai and Kenneth struck central and northern Mozambique in March and April. The storms caused widespread flooding, destroyed nearly 780,000 hectares of crops, and displaced tens of thousands of families. The agricultural devastation wrought by the two cyclones has made what were already high levels of child malnutrition even worse,” said Marcoluigi Corsi, UNICEF Representative in Mozambique.

Before the cyclones, more than 40 per cent of children in Mozambique were chronically malnourished or stunted.“Many children in disaster-affected areas do not have access to the nutritious food they need for their healthy development,” Mr Corsi said. “Six months on, the prospect of further suffering is very real as we head into the lean season. More resources are urgently needed to support ongoing humanitarian efforts.”

UNICEF and partners are working to reach families. Efforts include providing therapeutic food supplements to nearly 10,000 malnourished children. They also are implementing a voucher programme as well as child grants to address immediate food insecurity.

However, the agency requires nearly $103 million to fund its operations through May 2020. So far, only $34.1 million has been received. James McQuen-Patterson, UNICEF Chief of Health and Nutrition in the southern African country, said while the impact of the two cyclones was “devastating and unprecedented,” it is only now that the residual effects are truly being felt.

“Reaching malnourished children in greatest need is complex,” he explained. “We will only succeed with a coordinated response across partners to ensure cyclone-affected families do not fall into further distress.”  (UNI)