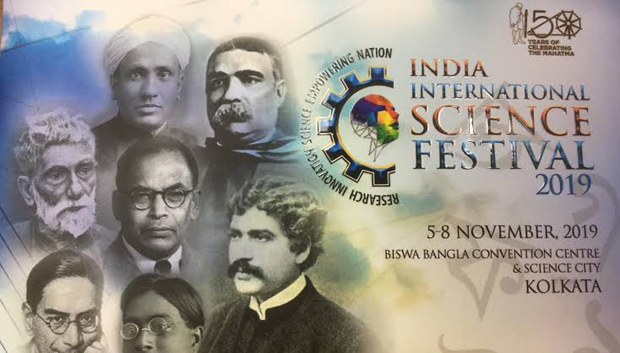 Kolkata, Nov 6 (UNI) The 5th edition of International Science Film Festival of India (ISFFI) was inaugurated today in Satyajit Ray Film and Television Institute (SRFTI) here in collaboration with Vigyan Prasar as a part of India International Science
Festival-2019 being held in the city from November 5 to 8, 2019. The ISFFI-2019 will continue till November 8.

Speaking at the inaugural session, Dr. Debamitra Mitra, Director, SRFTI stated that ISFFI seeks to promote science popularization among citizens and aims at attracting talented young filmmakers and science enthusiasts. Science film is an
effective tool for science communication to foster and create an excitement of science amongst people at large.

Dr. Mitra added that it also helps inculcate a scientific temper among audience thereby shaping the analytical thinking, a prerequisite for the inclusive development of the nation.

Professor Manoj Kumar Patairiya, Director, Centre for Scientific and Industrial Research CSIR-National Institute of Science Communication and Information Resources (CSIR-NISCAIR) said the film festival offers an opportunity for students
and other participants to get involved with the process and improve their understanding of various feats in science and technology. Film based communication is an attractive and dynamic facet of engagement with different audiences due to its unique synthesis of multimedia systems including audio, video, animation, and graphics, etc.

The initiative recognizes the effort and contribution of film producers in the specialized areas of science and technology and motivates them to develop this unique profession of science film making with innovative quality content especially relevant to our country, Patairiya said.

Budddhadeb Dasgupta, Poet and Film Director urged the Union Ministry of Information and Broadcasting to allocate funds to help produce science-based movies to develop and foster scientific temper among the masses in the country. Brigitte Uttar Kornetzky, Environmentalist and Filmmaker of Switzerland urged the film industry to make films highlighting social issues concerning lives of common people and motivate the audience to protect the nature and environment for healthier life.

Several Indian and foreign movies including Mission Mangal, Parmanu, Indian Scientific South Pole Expedition 2010, The Fake Galileo Moon, Atapuerce: The Mystery of Human Evolution etc. will be screened and expert interactions with prominent scientists will be held during the festival.

India International Science Festival (IISF) launched in 2015, is a celebration to promote Science and Technology and demonstrate how science could lead India towards a developed nation within a short span of time.

The aim is to engage the public with science and celebrate the joy of science and show the ways how science, technology, engineering and mathematics (STEM) provide us with the solutions to improve our lives.

Ministry of Science and Technology and Ministry of Earth Sciences in association with Vijnana Bharati (VIBHA), has created a unique platform of India International Science Festival which intends to inspire curiosity and make learning more rewarding.