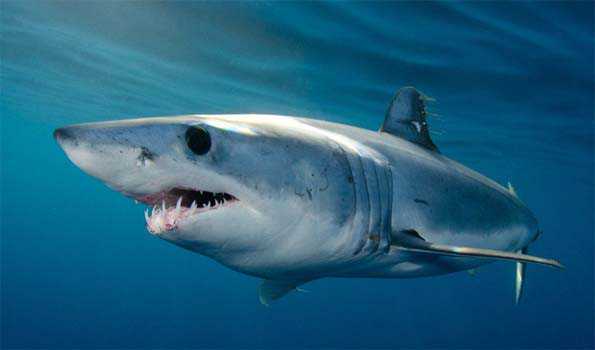 The survival of 18 species of sharks and rays threatened by international trade will be up for discussion in Genève, Switzerland this month as 183 countries will gather for the Convention on International Trade in Endangered Species of Wild Fauna and Flora (CITES CoP18).

An estimated 72 million sharks are killed annually for shark fin soup. Shark finning entails cutting off a shark’s fin, often while the shark is still alive, and dumping the animal back into the sea to die slowly.

From August 17 – 28 delegates will debate and vote on how to regulate international trade in tens of thousands of wild species, among them proposals to award CITES Appendix II protection to 18 species of sharks and rays.

Fifty-six countries plus the European Union propose that endangered longfin and shortfin mako sharks be listed on CITES Appendix II. Some 1,500 tonnes of these two endangered shark species were caught in the north Atlantic alone between January and June 2018. In addition, dozens of countries have proposed that six species of giant guitarfishes and 10 species of wedgefishes be listed on Appendix II.

All of these fish species are declining in the wild, mainly as a result of over-fishing, particularly for the lucrative Asian shark fin market. Guitarfish populations have declined 80 per cent over the past three generations. All species in the guitarfish and wedgefish families were recently re-classified on the IUCN Red List as Critically Endangered.

Rebecca Regnery for Humane Society International, said, “The threat that sharks and raysface from the shark fin trade are now so severe that the future survival of many species hangs in the balance as nations prepare to gather at the CITES wildlife conference. Every year, in oceans around the world, tens of millions of sharks are hunted to meet the demand for shark fin soup. It’s a barbarically cruel and wasteful business, as these sharks may have their fins cut off their bodies while fully conscious, and are simply thrown back into the water to die slowly and painfully. Sharks are apex predators who play a vitally important role in maintaining a healthy marine ecosystem so it’s vital that governments around the world use their votes to protect them for future generations.”

Sharks thrown back into the oceans after being finned die in agony from suffocation, blood loss or predation. Sharks are apex predators and play a vital role in maintaining marine ecosystems. Without them, marine animals and habitats would suffer.

Shark finning is unsustainable. Not only do humans decimate shark populations, but sharks and rays have low reproductive rates, making repopulation difficult.Many types of sharks are exploited for their fins, including endangered species such as mako sharks, the scalloped hammerhead and great hammerhead.

Giant guitarfishes and wedgefishes are shark-like rays and their “fins” are some of the most valuable in the shark fin trade. They have recently been reclassified as Critically Endangered by the IUCN and are now the most endangered marine fish in the world.

Shark products can contain dangerous levels of mercury, presenting a public health risk when consumed. Sharks are hunted for other products such as meat, leather and health supplements in addition to their fins.