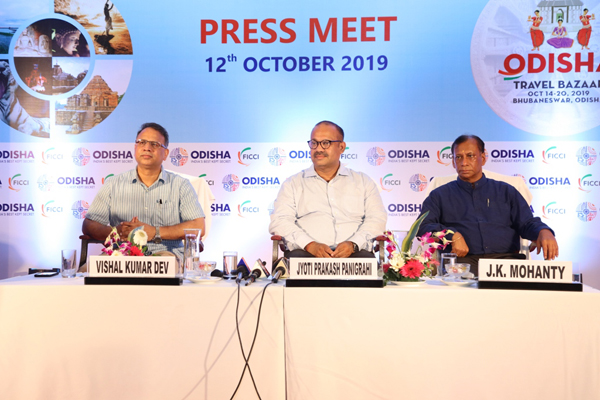 State minister for tourism J K Panigrahi said this time tour operators from Canada, China, France, Germany, Italy, Poland, Russia, South Africa, Spain, Thailand, Netherland, USA, Ukraine and UK have been invited and they are scheduled to attend the travel bazar. Unlike the previous year, this time emphasis is given on domestic tour operators, he said.

While the maximum foreign tour operators are coming from China, Italy, Germany, Spain, Thailand and Netherland the highest number of domestic tour operators are from Cochin and Mumbai. Odisha Travel Bazar is being organized every year for the last two years to promote the vast tourism potential of the state and to attract investment for tourism infrastructure development of the state.

While 59 tour operators participated in the OTB in the first it went up to 75 last year. Panigrahi said the state government has planned to organise road shows in twelve cities of the country before organizing the event. Out of the 12 cities while road shows had already been organized in eight cities it would be organized in Chenai, Varanasi, Ahmedabad and Raipur to promote tourism in the state.

The state also participated in events such as the ITB Berlin, WTM London, GITB Jaipur to woo tourists. During the event, tour operators as well as international airline and travel writers–will engage in B2B meetings with about 50 tour operators and hoteliers from Odisha who will showcase and market the tourism products of Odisha, along with Union Ministry of Tourism, and Odisha Tourism.

The key highlight of the Summit is its exclusive focus on the business of inbound and domestic tourism.  (UNI)