A voice that was muted in the soils of Motihari, today echoes at Ramon Magsaysay events 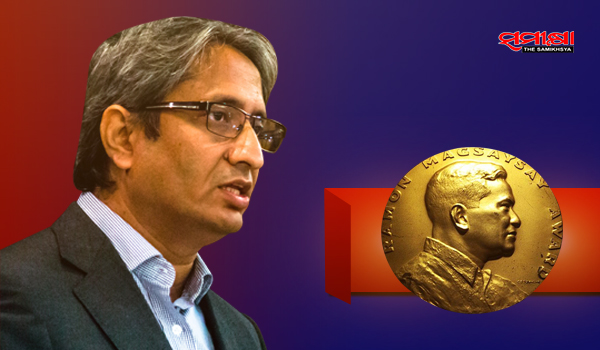 One of the pioneering news houses in the country, NDTV India once found itself in a state that can be compared to a kind of sand-witch wrapper stuck to an object on a highway and fluttering in the winds of political change. Yes, that was what among the galaxy of news channels, India’s phenomenal television face Pranoy Roy’s NDTV suddenly faced a headwind from unseen quarters, pushing the establishment into a state of extremely defensive endurance. But, the channel did not stop and continued,   resuscitating itself with guts and from those heaves emerged a voice called Ravish Kumar.

Ravish is had always the regret when he was in the middle, starting his early days in NDTV, that , in his village he had to encounter jibes from friends and relatives that, where was he? And why he was never seen on the TV screen ? That was a buzz in his native, Motihari, that kept Ravish gulping in many taunts from people unaware of the inner things of news channels.

Ravish survived those odds and also survived the bigger odds when a litany of layoffs by the channel did create a kind of unnerving storm in many media houses.

It was not about any overnight shift but Ravish did choose a certain format best suited to his kind of taste and slowly he left footprints those proved a cause for worry for certain dispensations but a solace for common people. And his organisation stood like a rock pillar behind him and bequeathed him with the baton of nerves to run.

Ravish justified that and slowly he rose from the thick of despondency all around the media circles, to create his own space and aura. Armed with an inimitable style of his own, Ravish did what many could not.

To be one among the masses with a striking connect through issues those mattered for millions and in a language that was  in common man’s dictum and tenor. He picked up   issues that the modern day rat race in journalism considers as ‘ down market’.

But, Ravish Kumar Pandey was not deterred by any such humps on his way but continued with his enviable flow and flair, mainly out of the box anchoring. It is not that, other channels are or were not  sieged with the issues Ravish chooses, but for the highly market driven channels issues those Ravish or his channel thought paramount could sieve down the psyche of millions who were always in search of a voice that mirrors their problems and aspirations.

Ravish’s getting the Ramon Magsaysay award is one more reminder for the fraternity that the people on the ground gasp for a mirror that helps expose the dark underbelly of the system. Congratulations to Ravish !