About 400 Bangladeshi murdered in South Africa in 4 years, report 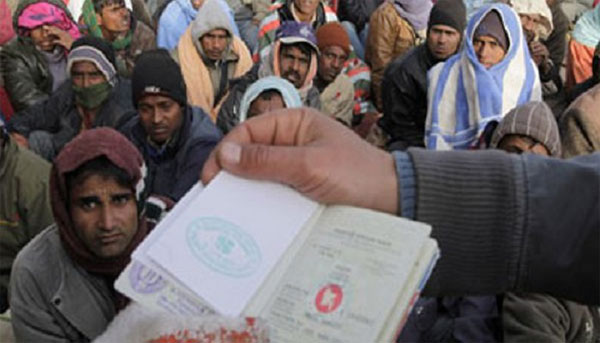 According to a recent report, more than 400 Bangladeshis have been murdered in South Africa over the past four years because of business and personal disputes within the community.
A wave of deadly attacks on foreign workers in South Africa in recent weeks has cast a spotlight on the country’s record. The Bangladesh embassy in Pretoria said none of the South Asian country’s nationals were involved in that violence.

Instead, the Bangladesh ambassador revealed most of the deaths were over business and money disputes, extra-marital affairs, and other personal arguments.
The embassy said the bodies of 88 Bangladeshi migrants had already been repatriated this year, and 452 since January 2015. Approximately 95 per cent of those who died here were murdered, mostly shot dead in their shops, an embassy official said.
Ambassador Shabbir Ahmad Chowdhury said the number killed could be far higher, as many families do not report the deaths.

Many are buried here. It is therefore uncertain to tell the exact number of dead, he told UNI. Chowdhury said most Bangladeshis hire local hitmen who carry out killings to settle disputes.

Quite a lot of Bangladeshis have been shot dead, but we don’t report them, let alone seek justice, because many of us live here illegally, Abdul Awal Tansen, a top Bangladeshi community leader from Johannesburg, told over telephone.

Bangladeshis started migrating to South Africa in the early 2000s and today an estimated 300,000 live there – many illegally -making them one of the largest Bengali diaspora. Bangladesh media has reported how young men pay traffickers up to $12,000 to get to South Africa.

Thousands own grocery shops across the African nation. Scores of Bangladeshi-owned shops were attacked in the recent anti-immigrant violence, community leaders said.
They often see us as their competitors. We are not taking their jobs yet they attack us with guns, one Bangladeshi migrant, Khalil Mia, told UNI.

The high commissioner said the embassy has urged South African authorities to take action against illegal migration and crime. They should be more strict on these issues, he said.

A foreign ministry official in Dhaka said despite the murders, a growing number of young Bangladeshis still try to get to South Africa illegally. It is hard to stop the surge of fortune seekers, he said on condition of anonymity. (UNI)