Ahead of Modi-Xi meet, India’s engineering exports to China sharply up : EEPC India 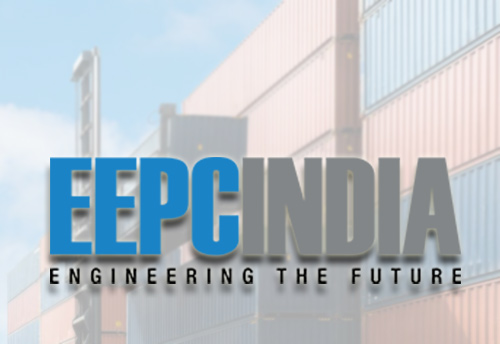 Chennai, As India and China seek to cement their economic engagement with a clear support at the level of Prime Minister Narendra Modi and President Xi Jinping, India’s engineering exports to China have gone up by an annualised 58 per cent in August this year, bucking the trend of drop in overall exports to the world market, an EEPC India analysis revealed today.

Led by items like iron and steel and their products, India’s exports of engineering goods to China went up to USD 176.94 million in August from USD 112.20 million in the corresponding month last year with an exact increase of 57.70 per cent. The rise in shipments to China was contrarian to overall decline of 8.92 per cent in India’s total engineering exports to the world market at USD 6.35 billion during August, against USD 6.97 in the same month last year.

“Though the base of engineering exports to China remains low, as compared to other major economies like the US, the rise in shipments to China is significant and needs to be built on”, EEPC India Chairman Ravi Sehgal said. ”With the policy support at the highest level and easing of trade issues, this trade volume can be accelerated quite well. Given the slowdown in global trade, such increasing trends are of significance, ” he added.

Mr Sehgal said ”while steel and iron along with products form bulk of the engineering exports to China, we need to move up the value chain and find ground in sectors like automobile and auto parts”. With increased engagements at the highest level, the policy and non-trade issues are expected to become easy, he said.