An air of illusion everywhere, from Maha to Kashmir, clogged by politics 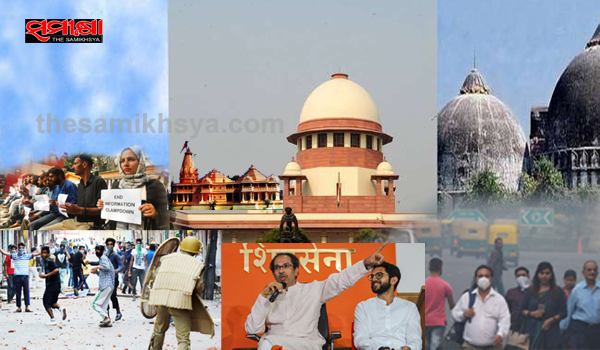 A thing like unison appears very few and far between over many issues that presently prevail over the political climate in the country.

It is clear that the ruling political dispensation at the Centre is not ready to buy the fact that, there is a sense of economic slowdown as revealed by many experts in the field. Even there were speculations that, the former prime minister Dr.Manmohan Singh has been roped in to design ways to breathe  some stimulus into the delirium.

There is a protracted political drama in Maharashtra politics over the formation of the government and that impasse has brought in President’s rule and one does not know if the three parties, NCP, Shiv Sena and the Congress would emerge put with a lasting conglomeration that is being weaved in the shadow of suspense and uncertainties.

The development there has been one of the most irritating stalemates in recent times.

Over the historic decision by the Supreme Court on Ayodhya, which  surely made way for a solution for a conundrum which has spanned over decades. Perhaps, the apex court could not have been expected to deliver a better solution over a title issue.

Has that been able to clean the smog of  animus? is a question that stares at all concerned. Confusions have been aired by a section from the bodies of a community that, they are not ready to accept the 5 acre land allotted for a mosque.

That ushers in yet another cloud of disharmony looming over the issue.

The most engaging debate of recent days is over the deteriorating environmental health of Delhi. Initially it was a shuttling exercise between Delhi CM, Arvind Kejriwal and the neighbouring states like Punjab and Haryana. That was subsequently appended with an odd-even formula by Kejriwal to resuscitate some life into Delhi air.

But, all that have not been able to decelerate the menace of the filthy surge of air pollution in the capital city. So serious became the chocking that it was felt imperative by the apex court to get things back to normal in Delhi air.

A cursory glance at the situation in J & K shows each successive days there is new digital tags given to the state like ‘ the shut-down for so many days continues ‘ and so on.

Can there be some positive feedback from somewhere!