Anubhav Mohanty should learn a lesson from what his boss had taught, not flaunt his celluloid hubris in politics 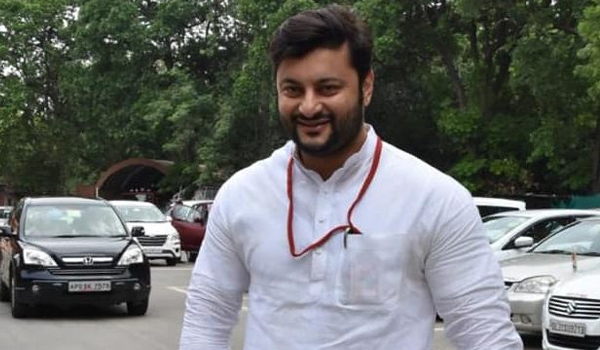 An incident that claimed a headline today in Odisha politics is not about power but its is all about civility in politics.

What is shown can at best be understood from the BJD MP Anubhav Mohanty’s gestures and language that he was not happy with the journo who allegedly have been made a laughing stock by the MP. His business is to ask questions and it is for a politician to answer or not.

And the tenor and expressions writ on the face of Mohanty, coupled with certain claps, those were far from being applauding in essence, were a show of decline in the behavior of our political representatives that sometimes, grows to be unacceptable.

It was an act of derisive attempt to quieten a journalist who was doing his duty and is not responsible for what the channel he belong to airs.

That perhaps was the reason Mohanty was trying to make a personal dig at the journo who had not shown any dis courteousness there.

What is worrisome that, Mohanty belongs to the BJD, which is headed by a man, Naveen Patnaik, who in his last 20 plus years in power had left no ground for any critic to blame him for any political incivility in whatever form. Nor has he ever been seen ill-treating any journalist.

It would not be wrong to say that, Patnaik is one of the most decent politicians, even in the country, who epitomise decency. Even, in the face of most diabolic aspersions from his political opponents, the chief minister had never lost his cool nor, he allowed his emotions to transform into deterioration in his language and gestures.

One doubts, if Anubhav Mohanty had learnt a lesson or two from his leader when the latter keeps telling them to be well behaved with the people, whosoever it may be.

After being a Rajya Sabha MP for a term, Mohanty should have taken some leaves from the political discourses rather than allowing his celluloid egotism to tell on his political position. It is altogether a different ball game where you cannot take people to be bad boys like villains in films.

Mohanty as a political leader has in the past also invited some such problems those needs no mention here.

But he must know that, any effect can become a cause of damage in the long run. He may take to arrogance because he perhaps feels he has a position to nurture a sense that, he is above all questions. That can be ugly and such dispositions can never be condoned in public life.