Anubhav Mohanty vs Manoj Swain, a victory or defeat that remains undefined 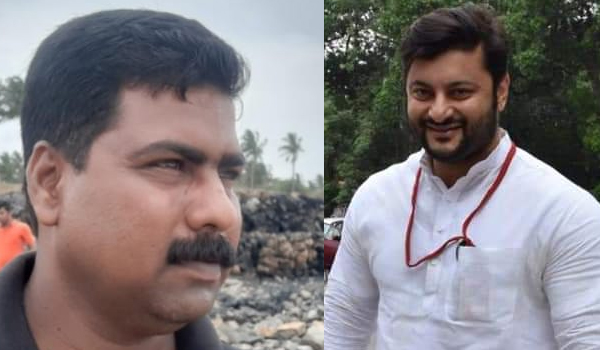 There has been several incidents in the past when journalists have faced unsafe atmosphere and verbal and physical assault from politicians and others that includes police. So a protest is staged with banners, some of the scribes take to television to air their angst over the incidents. Then thing get back to as usual.

The fraternity goes on with its job. Even some ‘netas’ and others use a term ‘Tv-walas’ for the people from the electronics media but not a hair wilts. What is ‘Tv-walas’ !

What empowers a journalist is not his employer alone but an institutional approval which keep the media at the forefront as the main dissemination mechanism.

What has happened the other day in Kendrapada between the member of parliament Anubhav Mohanty and the journalist Manoj Swain was culturally dangerous that keep the above two on an uneven ground. A show of overbearing self-esteem on one side  and coolness on the other.

Reading through some post-mortem of the issue give to believe that, there is something beyond the two in the middle of the row. Some kind of animus between the channel Swain belongs to, OTV,  and the party that Mohanty represents.

Which is way apart from what had transpired that day where the journo was made a scapegoat only, taking his personal emotion to an unacceptable reducibility.

People’s mandate was only for Naveen Patnaik !

Deeds are best answer for an enemy. And in that, the battle between the channel Swain belongs to, Baijayant Panda and Mohanty’s party had been fought and Mohanty has emerged victorious. That was the answer and tirade the occasion could produce against his political rival.

So, in this hall of mirrors there is hardly any place for personality boost through mocking acts of dismissals which Mohanty enacted before the cameras.

He has a reason to take pride in the margin of win in the last Lok sabha polls. But, who on earth is unaware of the hard fact that the mandate there was for the only name, i.e Naveen Patnaik, which even the most distraught opponents of Patnaik would agree to.

So, that leaves little room for Mohanty to provoke envy at a journo nor any defiance by the latter.

The reporter in question, on the ground there, Swain had, perhaps, not demonstrated any act of defiance or got reactive even after he was coerced to such an embarrassing state where he was pulled and heckled by the jeering claps.

Yet, the journo demonstrated humility and kept his composure, in fact, by a helpless smile on the face. That can be described as a civil gesture and control to get out of that crisis, when rest from his fraternity were, perhaps, showed a timidity as sulking individuals.

Of course, now a wave of protest has emanated from Bhubaneswar to many other places that the dispensation can hardly brazenly ignore and let the anger get doused with time. Mohanty deserves a word and lasting admonition from the BJD supremo.

Mohanty has at last joined the club of chauvinistic politicians like Saroj Meher and slew of others in and outside Odisha. Better for Anubhav is to quickly free himself from the make-believe aura of filmy prejudices and say sorry to Manoj.