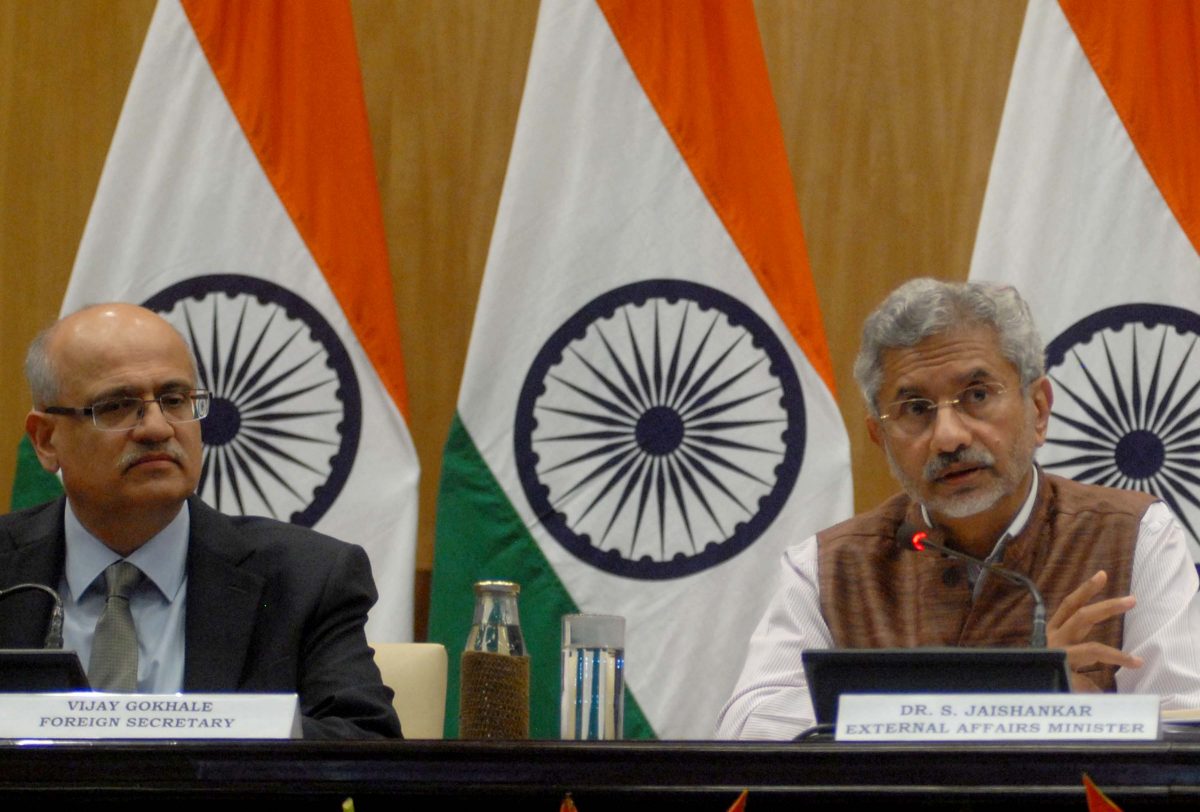 On a day, Prime Minister Narendra Modi said that some incomplete works of Independence era are now being achieved, External Affairs Minister Dr S Jaishankar said on Tuesday that New Delhi expects to have “physical jurisdiction” on PoK one day. “Yes, our position on PoK is or has been and will always be very clear. PoK is part of India, and we expect one day that we will have the physical jurisdiction over it,” Dr Jaishankar told reporters at a special briefing on the achievements of the Ministry of External Affairs in first 100 days of the Modi Government since returning to power.

In fact, Dr Jaishankar is the third central minister after Home Minister Amit Shah and Defence Minister Rajnath Singh to speak on Pakistan-Occupied-Kashmir. Earlier, during the day addressing a rally at Kevadia in Gujarat, PM Modi made a strong defence of his government’s neo assertive and aggressive policy in Jammu and Kashmir.

During Lok Sabha proceedings on August 6, Home Minister Mr Shah had asserted that to his party and the government of India – any reference to ‘Jammu and Kashmir’ automatically included Pakistan Occupied Kashmir and Aksai Chin. “You are saying I am being aggressive…..what are you talking, we can give life for PoK,” the Home Minister had told the opposition members. On August 18, Defence Minister Rajnath Singh did tough talking and had asserted that should bilateral talks happen between India and Pakistan, it would not be about Jammu and Kashmir, but on the Pakistan-occupied Kashmir.

Pakistan Occupied Kashmir (PoK) is that part of Jammu and Kashmir state of India which Pakistan had ‘invaded’ in 1947. Pakistan has divided PoK into two parts – i.e. Azad Kashmir and Gilgit-Baltistan. Indian authorities time and again have maintained that the region was for long kept under closed wraps beyond the reach of media attention. However, after the earthquake of 2005 had left the region devastated and when international relief poured in; the ground realities including the existence of militant training camps were taken note of by the outside world.

It is worth mentioning that on February 26 earlier this year, Indian Air Force conducted unprecedented aerial strikes in Pakistan-occupied Kashmir destroying terror hubs in Balakot aand reportedly also killing over 200 terrorists. This was in response to the terror attack on CRPF jawans in Pulwama in Jammu and Kashmir. Pakistan Armed Forces spokesperson Major General Asif Ghafoor said that the Indian Air Force had violated the Line of Control. “Indian aircrafts intruded from Muzzafarabad sector. Facing timely and effective response from Pakistan Air Force released payload in haste while escaping which fell near Balakot. No casualties or damage,” he had tweeted.