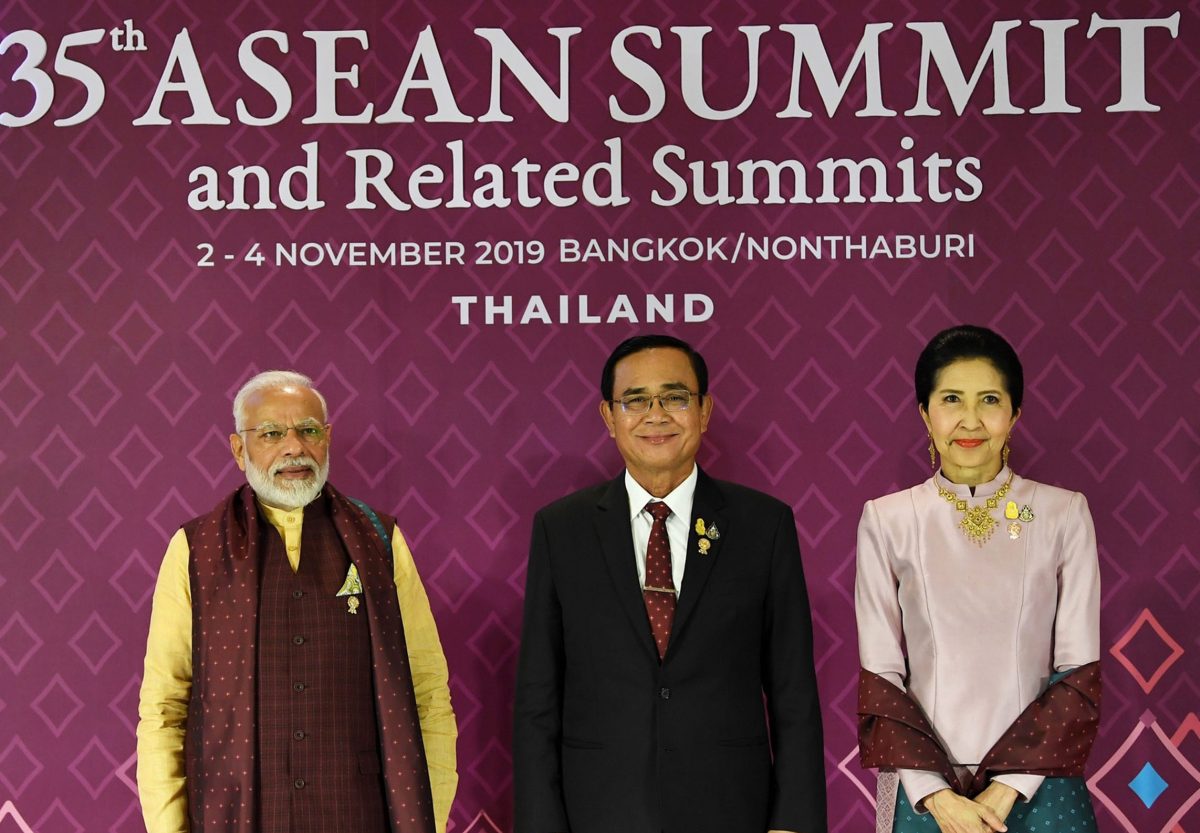 Bangkok, Nov 4 (UNI) The ASEAN leaders have lauded India’s contribution in the region for peace and stability, senior officials have said here and also maintained that the India-ASEAN Free Trade Agreement could be reviewed. Secretary East in the Ministry of External Affairs, Vijay Thakur Singh, during a briefing here on Sunday skirted any direct reply on the fate of Regional Comprehensive Economic Partnership (RCEP).

“Let’s take all the questions on RCEP tomorrow (Monday). Wait till tomorrow for RCEP but in terms of working with the ASEAN countries on trade, there was discussion on looking at the India-ASEAN Free Trade Agreement and to undertake review of that,” she has said. Ms Singh further said on their part, the ASEAN leaders spoke of India as a ‘long term friend and a dynamic partner’ and they acknowledged India’s contribution in the region for peace and stability.

The ASEAN leaders also welcomed India’s support to the centrality of ASEAN and India’s programs and projects which support ASEAN integration and ASEAN master plan for connectivity, she said.Answering questions, she said at the ASEAN-India Summit attended by nation and government heads including Prime Minister Narendra Modi, issues related to terrorism and South China sea figured.

“…they were raised by both sides. The Prime Minister spoke about terrorism and the threat that it poses to international peace and security and similarly the ASEAN leaders also spoke about the importance of working together to defeat terrorism,” the Secretary said.

The Secretary said, “One of the main takeaways (from the meet) was to work together in Indo-Pacific”. “……the principles on which we are approaching the Indo-Pacific region are similar to each other and it is the way of now working together in the maritime domain in its very broad terminology,” she said.