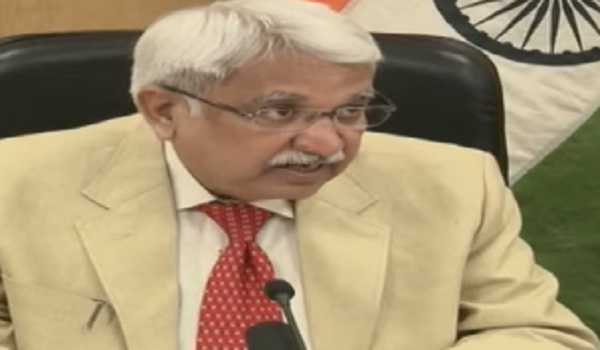 Elections to the Haryana and Maharashtra assembly will be held in a single phase on October 21 while the counting of votes will be held on October 24, the Election commission announced on Saturday.

Addressing a press conference here along with Election Commissioners Ashok Lavasa and Sushil Chandra., Cheif Election commisisoner Sunil Arora said,,’elections to the Haryana and Maharashtra assembly will be held on October 21. The counting will be on October 24.’-

The poll body also announced by-election in 64 seats across the country and the polling and the counting will be held on October 21 and October 24 respectively. According to the Commission, the notifications for the assembly elections in Maharashtra and Haryana will be issued on September 27.

The last date for the filing of nominations will be October 4 and scrutiny will be held on October 5.

The last date to withdraw nomination is October 7.

The terms of 288-member Maharashtra assembly ends on November 9, and that of the 90-member Haryana assembly ends on November 2. Maharashtra has 8.90 crore voters and the Haryana has 1.82 crore voters. According to the Commission, the bypolls will be held in 64 seats in 18 states and the notification for the nominations will be issued on September 23.

The last date for the filing of nominations will be on September 30 and the scrutiny will be held on October 1.

The last date to withdraw nomination is October 3.

Bypolls will be held in one constituency each Arunachal Pradesh, Madhya Pradesh, Meghalaya, Odisha, Punjab, Telangana and Puthuchery, two each in Himachal Pradesh, Rajasthan and Tamil Nadu, three in Sikkim, four each in Assam, Gujarat, five each in Bihar, Kerala, 11 in Uttar Pradesh and 15 in Karnataka. With the Election Commission announcing the poll dates, the Model Code of Conduct has come into force.

According to the Commission sources, the notification for Jharkhand Assembly polls will be announced later. In 2014 assembly election in Maharashtra, the BJP won 122 seats, Shiv Sena 63 and Congress 42. In Haryana, the BJP came to power ending the two term Congress rule with 47 seats.