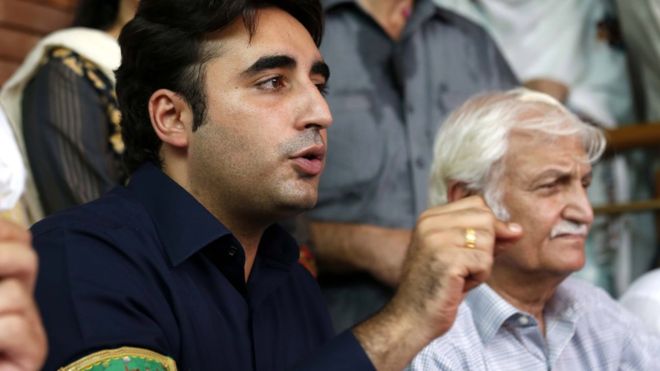 Pakistan Peoples Party (PPP) chairman Bilawal Bhutto Zardari has said his country’s people do not accept any ‘selected’ or ‘puppet’ Prime Minister and it is time for him to go home. Addressing the Azadi March late Thursday night, Mr Zardari said,’ People of Pakistan will neither bow to a dictator nor accept any selected or puppet premier.’ Taking potshot at the PTI-led government,   Bilawal said the government has no consideration for the masses and its performance in the last one year is visible to everyone.

The PPP leader said the ‘puppet’ governments pay heed to their selectors, not the masses as they are not elected because of people’s vote, instead, they assume power because of someone else. Excessive taxes and raging inflation are economically assassinating people ever since the Imran Khan-led government came to power, he claimed.