Bharat Ratna award being reduced to a poll plank! How can merit be measured by political balance 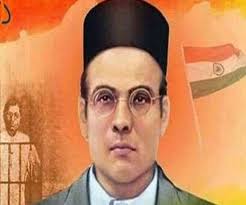 A news headline reads that the Bharatiya Janata Party has among its many promises, one promise that, it will confer the ‘ Bharat Ratna ‘ on Veer Savarkar . And it is reportedly a poll promise by the saffron party made in public domain.

The gamut of what one reads in the news reports and in televisions, it really dilutes one’s reverence for the highest civilian award which is conferred for contributions of extraordinary nature towards certain things.

And such awards are not the ones to be weighed by a calculus of politics but by the amount of sacrifices and contributions only.

But what goes on in the name of this award in electoral politics in Maharastra, if the reports are true, then the award has today come to become a kind of poll plank by the BJP. That if it comes to power then Veer Savarkar shall be given the Bharat Ratna award.

Any strong pitch by any state for the award for any leader or personality, from whichever sphere, in that state is something one can understand but, the great award cannot be brought down to the level of a poll plank !

It should be left to the people or the government of the day in the country to consider if Veer Savarkar should be given the honour but to en-capsule such a virtue within the confines of political promise or manifesto, can hardly be comprehensible.

Regardless of his leaning towards any ideology, Veer Savarkar was a great freedom fighter and a nationalist par excellence and his fight against the British imperialism underscores many lines in the history of freedom struggle. This is despite contrarian views that Savarkar was a strong tool playing to British tunes but his name was dragged into the quagmire of Ganhiji’s murder.

There is a fear tha,t if awards like Bharat Ratna can be made an instrument of political aggrandizement by certain parties, be it any party, then the aura of the honour may suffer the relegation of being a political tool.

In the past, there were many occasions when eyebrows had been raised over Bharat Ratna being awarded to some more on political considerations rather than on a deserving yardstick.

It is imperative that, an award like Bharat Ratna, should be brought under the consideration of an apolitical body and not of political dispensations.