Biden to cap 47 years of elected office with presidency 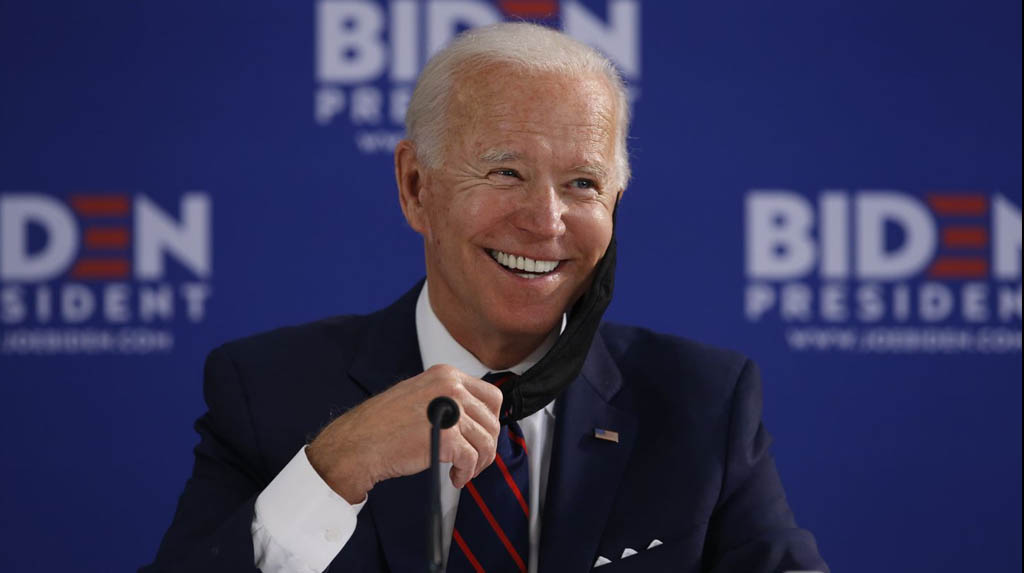 New York:  Joseph Robinette Biden, Jr, has finally achieved his 22-year quest for the presidency capping a career of 47 years as an elected official.

When he first sought the Democratic Party’s presidential nomination for the 1988 election, he said: “It is an exciting and dangerous time, for this generation of Americans has the opportunity so rarely granted to others by fate and history. We literally have the chance to shape the future.”

That could as well be the description of the tumultuous times of the 2020 election and the task ahead for him in January if his victory announced by the media on Saturday is officially confirmed by the electoral college. Joe Biden, as he prefers to be known to fit his “everyman” persona, turns 78 on November 20 and as the 46th President will be the oldest person to assume the American presidency.

He will also be the second Catholic after John F. Kennedy, to become President in a nation where all the others have been Protestant Christians.

Although he has called himself a “liberal”, he is more of a moderate when compared to the party’s emerging liberal wing.

He was able to work across the party line to get work done on legislative issues like the 2008 India-US civil nuclear deal.

“My own father had always said the measure of a man wasn’t how many times or how hard he got knocked down, but how fast he got back up.”

That is the epitome of his personal life, his attempts to become president, and his policy stances.

In the first run for the presidential nomination for the 1988 race after 16 years on the Senate, Biden made several exaggerated or false claims during his campaign about his education and involvement in the civil rights movement and withdrew when they were exposed.

Biden picked himself up and served 20 more years in the Senate, heading the Foreign Relations and Judiciary Committees.

In 2008, he lost the presidential nomination bid to President Barack Obama, who invited him to be his Vice President.

He passed up on the 2016 election, because the Democratic Party establishment was set on anointing Hillary Clinton, who lost. He would have been the stronger candidate against Donald Trump,

Another factor behind his reluctance was the latest of the personal tragedies that have stalked him.

His son, Beau Biden, who was making a mark in politics after being elected the attorney general of Delaware, had died of brain cancer the previous year.

The father was hit hard by the death of Beau, who had served in Iraq as an Army officer and was seen as his political successor.

Beau Biden was the survivor of another tragedy that struck the family in 1972 just as Joe Biden was about to start his Senate career as a 29-year-old.

Joe Biden’s first wife Neilla, their sons Beau and Hunter and daughter Amy were in an automobile accident.

Neilla and Amy died, while the sons were hospitalised with severe injuries.

Recalling how he was plunged into despair by the losses, he has written: “There were moments when the pain cut through like a shard of broken glass.”

Joe Biden suffered two brain aneurysm and underwent separate surgeries for them and also had a pulmonary embolism in 1988, putting him out of action for about half the year.

He had a stuttering problem, which he has said he overcome by reciting poetry and becoming the orator he now is.

Biden was born in a family mostly of Irish descent in Scranton, Pennsylvania, the state that gave him the electoral votes for the media to declare his win.

His father, also Joseph Biden, went through several financial setbacks and unemployment, which he said has made him empathise with the economic problems of the middle and working classes.

“No one was more involved with the working class than Joe Biden,” House Speaker Nancy Pelosi said.

After settling in neighbouring Delaware, the senior became a second-hand car salesperson and stabilised his family in the middle class.

Of his family’s working class heritage he once said: “I’m the first Biden in a thousand generations to get a college and a graduate degree.”

As a widower, he married Jill Tracy Jacobs in 1977 and they have daughter Ashley Blazer, who is a social worker.

Jill Biden, who has a PhD, is an English professor at Northern Virginia Community College and continued to work while the Second Lady.

She helped him emerge out of the depths of sorrow after the family tragedy and has been politically involved and campaigned for him during the recent election.

After a bachelor’s degree from Delaware University, he got a law degree from Syracuse University in New York State and briefly practiced law privately and as a public defender, the lawyer for the poor.

He started his political career winning election to the Newcastle County Council in 1970 and two years later he ran successfully for the Senate, where he served for 36 years as a member and during his Vice Presidency for eight years as its President.

After leaving the Vice Presidency, he was a professor at the University of Pennsylvania’s Penn Biden Centre for Diplomacy and Global Engagement, an institution named for him.

As a member of the Senate Foreign Relations Committee he pushed for ending sanctions against India for its 1998 nuclear test and worked with Congressional colleagues across party lines to get the landmark India-US Civil Nuclear Agreement approved by Congress in 2008.

That recognised India as a nuclear in practical terms, effectively ending its international isolation over the tests.

He had several stumbles during his political career, but his views and policies have evolved.

Along with many right-wing and racist politicians he opposed the schools desegregation plan known as busing that involved transporting children across de facto local racial lines of separation to schools in other areas to end racial exclusivity of schools.

During a Democratic Party presidential debate, Kamala Harris who was then running against him, criticised him over this and pointed out that she was one of the Black children transported by bus to break down racial segregation.

Biden supported the Iraq War over false claims that it had weapons of mass destruction but said during the campaign he said that he had opposed from the beginning. He later admitted that he “misspoke”.

He has repeatedly defended his vote for the war, but also said it was a “mistake”.

He, however, criticised how President George W. Bush conducted the war and its aftermath.

Biden was one of the promoters of the controversial Crime Control Act which ended up disproportionately hurting African and while it was being debated he talked of “predators” and young people “born out of wedlock, without parents, without supervision, without any structure, without any conscience developing”.

He later backtracked on the support for the law and has said during his campaign that was a mistake.

Hunter Biden, his son, was the catalyst for the impeachment of Trump.

Removed from the Navy because of alleged drug use and having no experience in the energy sector or in Ukraine, he was appointed to the board of directors of a Ukrainian gas company with salary of about $50,000 per month.

A prosecutor looking into the company was fired at Joe Biden’s behest.

Trump was charged with misusing his office by withholding aid to Ukraine in order to get its government to investigate it.

Biden is gaffe-prone and his advisers and handlers kept him out of the public view most of the current campaign and he seemed to mostly stick to the script in his public appearances and in debates.

An example of becoming embarrassed, or worse, through his utterances was a comment about Indian based on racist stereotypes.

“In Delaware, the largest growth of population is Indian-Americans, moving from India. You cannot go to a 7-11 or a Dunkin’ Donuts unless you have a slight Indian accent. I’m not joking,” he said.

Some Indians run or work at the 7-11 convenience shopping chain and the Dunkin’ Donuts fast food and snacks chain and some people make derogatory comments about Indians in such occupations. 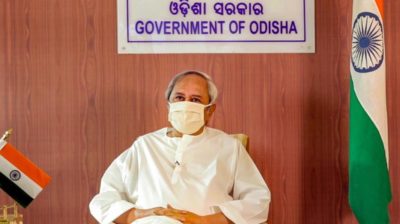