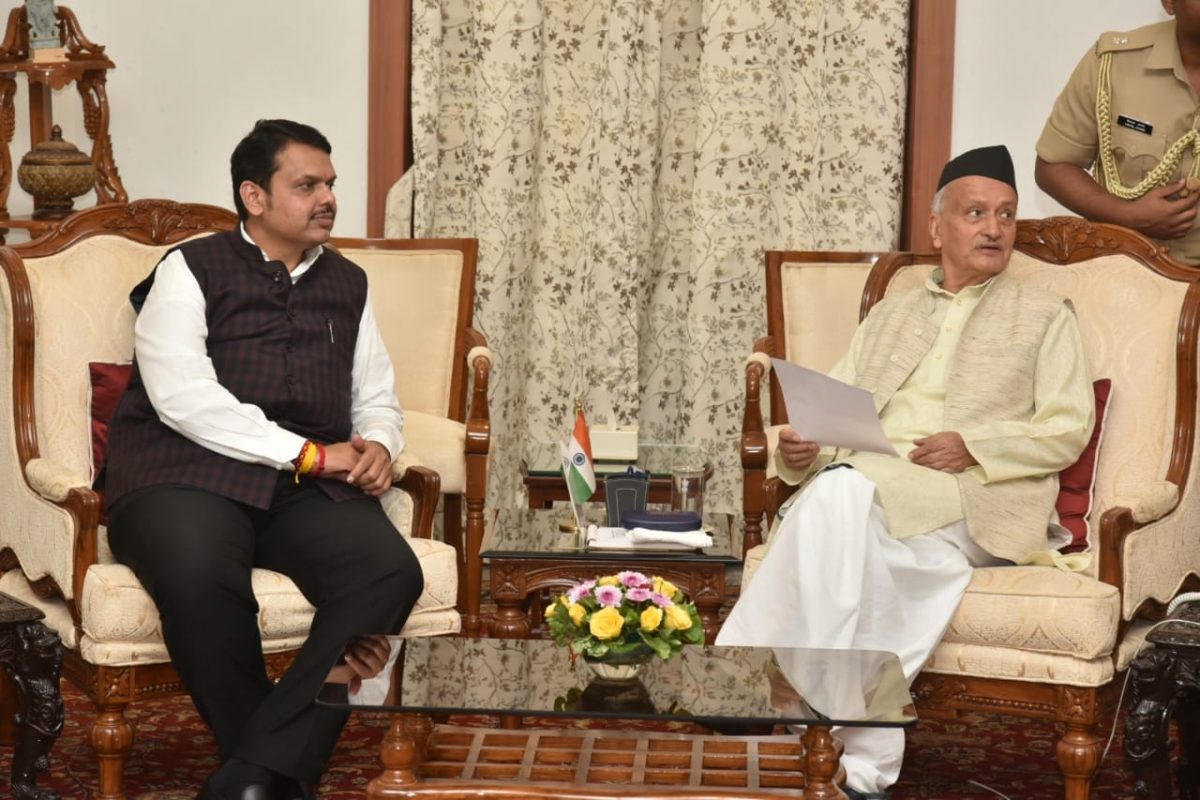 
New Delhi, Nov 26 : Within a night’s span, a deal with NCP leader Ajit Pawar saw the BJP forming a government in Maharashtra with Devendra Fadnavis seeming set for another term as Chief Minister. But before the test of strength in the Assembly ordered by the apex court, both Fadnavis and his deputy quit on Tuesday.

The Supreme Court on Tuesday ruled that the Fadnavis government had to secure a vote of confidence in the house by 5 p.m. on Wednesday. A few hours later, Ajit Pawar put in his papers and subsequently, so did Fadnavis, admitting the BJP did not have the necessary numbers in the 288-member Assembly.

Thus nor did the BJP succeed with “Operation Kamal” in the western state, and neither did Ajit Pawar fulfil his promise of luring away the requisite number of Nationalist Congress Party legislators to prop the government. Seeing there was no hope of cobbling a majority, Fadnavis threw in his towel, announcing his resignation at a press conference at 3.30 p.m. Ajit Pawar had been Deputy Chief Minister for 78 hours, and Fadnavis for 80 hours.

When Fadnavis and Ajit Pawar were suddenly sworn-in at 8 a.m. on Saturday – a few hours after the Shiv Sena-Congress-NCP combine had reached a final agreement, the BJP had hailed the development as a “major master stroke”. On social media, BJP supporters and sympathisers had lavishly praised the sudden turnaround.

But, as soon as NCP supremo and Ajit Pawar’s uncle, Sharad Pawar tweeted that this was his nephew’s individual decision and the NCP was not part of a BJP-led government, the political scenario began to change hour to hour.

At first it was being believed that Ajit Pawar had his uncle’s tacit support, but the way the senior Pawar kept up coordination with the Sena and the Congress, and participated in the unprecedented ‘public parade’ of the combine’s 162 MLAs at the Hyatt hotel here on Monday evening, these rumours were dispelled.

According to sources, Maharashtra Governor Bhagat Singh Koshyari, after the hurried swearing-in of Fadnavis and Ajit Pawar, had not given any authoritative time frame to them to establish their majority. As such, the BJP thought that Ajit Pawar would have sufficient time to lure away NCP MLAs as per his commitment, while it would, under ‘Operation Kamal’, break away lawmakers from other parties to reach a majority figure. However, canny operator Sharad Pawar proved more than a match for his rebel nephew.

After not achieving the necessary numbers, the BJP zeroed on the expedient of using the whip option. It was decided that the Pro-tem Speaker would confirm the power to issue the whip lay with the junior Pawar, and then ways to save the government would be devised.

However, it was realised that this step would open the way to questions on the competence of the Centre, Governor, Assembly, and the Pro-tem Speaker and the matter could reach the Supreme Court. There were apprehensions of the measure leading to a Constitutional spat.

Party sources said that amid all these eventualities, the party realised that its haste to form a government had been counter-productive. The party also felt that the support it had gained at not forming a government for 29 days had been dispelled by forming one without the necessary majority.

The BJP also realised it had taken Ajit Pawar at his word, and become over-confident as a result. It had believed that since Sharad Pawar and his daughter Supriya Sule focussed on Central politics and Ajit Pawar was state in-charge, he had the necessary influence over party legislators. But this did not happen and the BJP’s gambit seemed a self-goal, raising questions over its power and strategy.