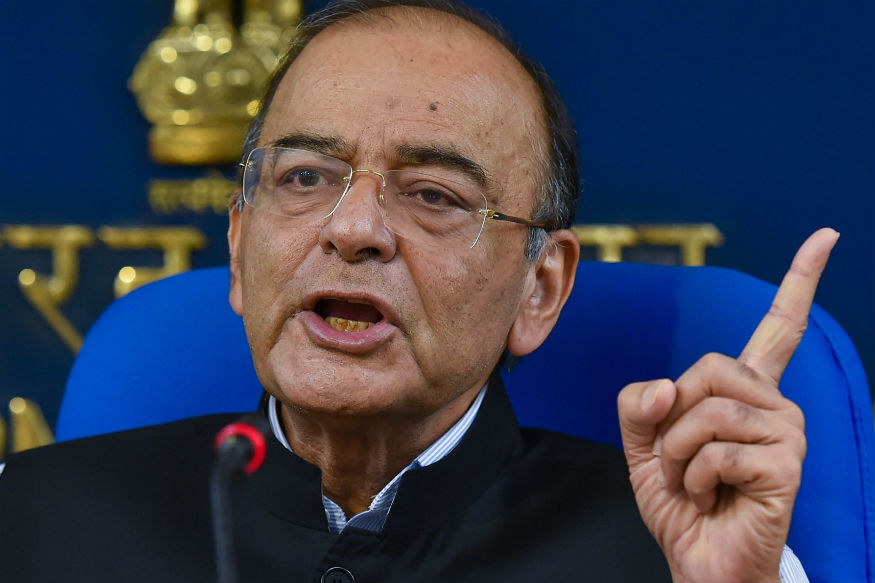 A witty individual and a known legal luminary Arun Jaitley was a profound combo of knowledge in politics, finance and law besides his love for cricket which made him trudge through undulated tracks of the professions he was associated with. A master at handling the media and dribble through the maze of questions Jaitley had an enviable wit to lead the scribes through descriptions the latter even least expected.

Cool in courts and a cameo in the debates in the parliament, Jaitley had a remarkable quality as how to handle the media outside and take the political colleagues by surprise through recollection of events that always sounded relevant although not in close connect with the issues he had to deal with.

He knew several journalists in Delhi by first name and was thus a darling of media – especially the BJP beat correspondents for years.

By his knowledge of media and how it operated in Delhi, Arun Jaitley could have easily become a good editor. He was already called a ‘Bureau Chief’ — and not without good reason as he knew a galaxy of journalists and also knew well how to plan news stories and features.

He also knew how to mock at journalists and many also said – his wit was often not grasped well by capital’s journalists. Once to a crowded group of scribes in his office, Late Jaitley had said – “Well then, many journalists are standing and most of the others are outstanding”.

Some of his ‘friends’ often joked that Jaitley could have been a good newspaper editor too. The grapevine in the media has been – he knew how to plan stories for journalists and would give them ‘leads’.

Some bitter detractors among BJP leaders more often complained that he also knew how to ‘plan’ stories for or against many leaders. A suave gentleman, a popular blog writer among politicians and someone who had the wit and dignified manner to speak out even in agonizing circumstances.

True, it always went to his credit that mostly his public utterances have been impressive in both agonizing and not so agonizing situations. So much has been his Narendra Modi’s trust and confidence in him that Jaitley was made Finance Minister although the late leader did not have economic background.

His admirers say Jaitley worked long hours to implement GST very effectively. Many said he did well at that as he could at least articulate his views. Media could love him or hate him; but none could ignore him. For long – he was the real ‘Delhi’ contact – the eyes and ears of Narendra Modi. And he did that job pretty well.

On political front, he was hailed as a ‘good poll manager’ as he often brought in electoral success to the saffron party – in states like Gujarat and Bihar. Likes of Pramod Mahajan would have – however – differed and used to say – Jaitley never handled ‘difficult states’ like Assam.

Political rivals S Jaipal Reddy would mock: “He is a successful poll manager for BJP, but he never contested any big election”. This was prior to the 2014 general elections that the BJP swept riding the Modi wave.

For his part, Jaitley lost the polls from Amritsar by a margin of over three lakh votes to old war horse from Congress – Capt Amarinder Singh, present Chief Minister of Punjab. Irony about his electoral career has been that he won the presidency of Delhi University and was also an office bearer in the Delhi Cricket Board and also the Board of Control for Cricket in India.

Several titles and adjectives have been showered on him rather liberally both by admirers and detractors. Senior editor and former Member of Rajya Sabha H K Dua described Jaitley once as ‘creature of the Rajya Sabha’.

Jaitley had filed the civil defamation suit seeking Rs 10 crore damages from Arvind Kejriwal and five other AAP leaders — Raghav Chadha, Kumar Vishwas, Ashutosh, Sanjay Singh and Deepak Bajpai — for accusing him of financial irregularities in the DDCA of which he was the President from 2000 to 2013.

During court proceedings on a defamation suit filed by Jaitley against Kejriwal and others, senior lawyer Ram Jethmalani had referred to the then powerful minister in Modi cabinet as being “guilty of crime and crookery”. Without doubt, Jaitley had strongly countered on such remarks.

As his success coincided with Kargil conflict media briefing in 1999 and later with Gujarat story of 2002 and beyond and his friendship with Mr Modi, he automatically became rivals to onetime key BJP leaders Yashwant Sinha and Arun Shourie.

The former Minister once called a couple of his former NDA colleagues ‘career nationalists’ who would be speaking a different language if they were in the government. “They are nationalists and with us as long as it suits their career.” Otherwise, he said these leaders would be speaking in a contrarian language.

On March 27, 2019; Jaitley displayed his oratory skills to dismiss the Opposition’s criticism of Prime Minister Narendra Modi making the announcement about the space mission and said such behavior only would put them in poor light.