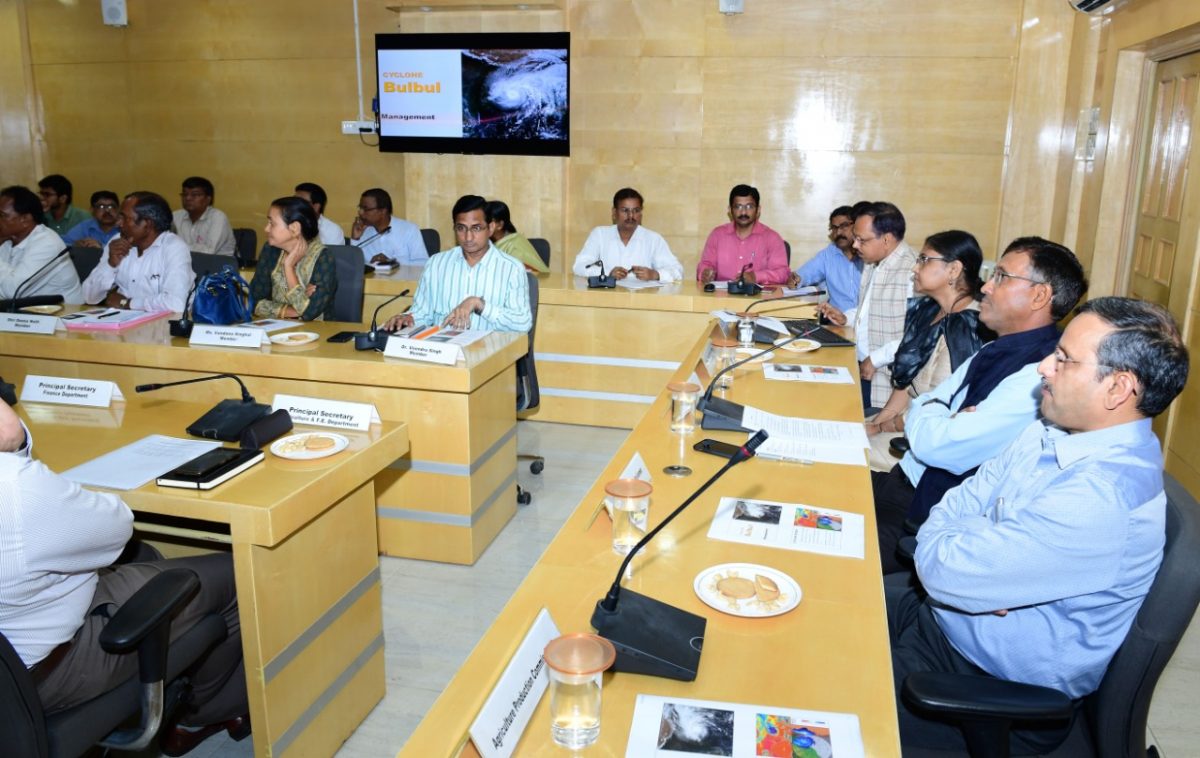 While the group ”A” visited Chandbali and Basudevpur blocks in Bhadrak district and Bhograi block in Balasore district, the Group ‘B” team visited Rajnagar Block in Kendrapara district and Kujanga Erasama and Paradip in Jagatsinghpur district. The team members left for Delhi after a wrap-up meeting with the Chief Secretary in the evening.

The team members had visited Dhamara and Chandbali block in Bhadrak district yesterday. A report from Kendrapara said a three-member team visited four-gram panchayats of Rajnagar block affected by the cyclonic storm BulBul. The central team was accompanied by the District collector, Samarth Verma, Director Agriculture and Food Production, M.Muthukumar.

All the district level officials of line department were present during the central team visit, The team inspected the damage caused to boats and fishing nets at Talchua jetty and later held a meeting with the district level officials. Though the cyclone skipped Odisha heavy rain and wind left a trail of destruction, damaging hundreds of houses, uprooting trees, electric poles and affecting telecom towers in the state.

Chief Secretary office sources here said the team leader Union Home Affairs Joint Secretary Soheli Ghosh Ray appreciated the relief and rehabilitation work undertaken by the state in the cyclone-affected areas. Special Relief Commissioner P K Jena said as per the preliminary assessment as many as 37.49 lakh people in 50 blocks and 12 urban areas were affected by the cyclone.

The crop was damaged in 2.3 lakh hectares of land. He said a joint survey by the officials of the Revenue and Agriculture department was going on now and it would be completed within a week. The government, Mr Jena said would submit the final report on damage assessment very soon.