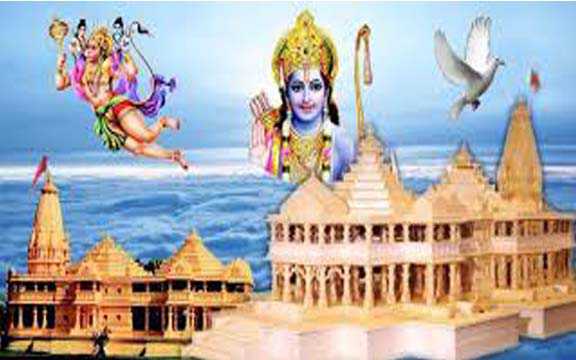 Even after a passage of about a week of the historical Ayodhya verdict by the Supreme Court, the Centre was yet to notify the Trust for the construction of the grand Ram temple at Ayodhya, through the saints and others, who led the temple movement, have started lobbying for inclusion of their names in the Trust.

However the Ayodhya district authorities have started their work and were completing the process to hand over the disputed land to the Trust.

But on the other hand, debate has started on the names of people to be included in the Trust, which the SC in its judgement on Saturday last had said to be set up within three months time.

The Vishwa Hindu Parishad(VHP), which had already announced that they were not interested in getting representation in the Trust, have proposed that Union Home Minister Amit Shah and UP Chief Minister Yogi Adityanath should be named in the Trust.

VHP spokesperson Sharad Sharma said here on Friday that the leadership has already conveyed its decision to the higher ups that they were not interested in the Trust and the UP CM and the Union Home Minister should be the members.

“The Trust should be formed in the same way, like it was done in Somnath temple,” he added.

However,  Sharma said the only demand of VHP is that the Ram temple should be constructed on the model, showcased by the Ramjanambhoomi Nyas.

The Nyas is already working on the carving of stones at the Karsevakpuram in Ayodhya since 1990 and as per the structure, the grand Ram temple will be 268 feet long, 140 feet in breadth and 128 feet high, with 212 pillars.

Presently, the saints and members of different Trusts in Ayodhya are lobbying for inclusion of their names in the Ram Temple Trust, which is likely to be announced in the coming winter session of the Parliament.

Though there are more than 1000 Trusts in Ayodhya, claiming themselves as crusader for the Ram temple movement. But among them, only three Trusts are prominent, who can get representation in the new Central government’s trust.

The most prominent is the Shree Ramjanambhoomi Nyas is the old Trust, set up by VHP in 1985, which had collected huge fund from the people on the name of donation for the Ram temple and had worked to carve the stones for the proposed temple since 1990.

Ramalaya Trust is the second one, floated after the demolition of Ram temple in 1992 and the third one is Shree Ramjanambhoomi Mandir Nirman Nyas, led by Jankighat Bara Sthan Mahant Janmey Sharan.