Children top most concern for fathers; only 17pc keep health as priority: Study 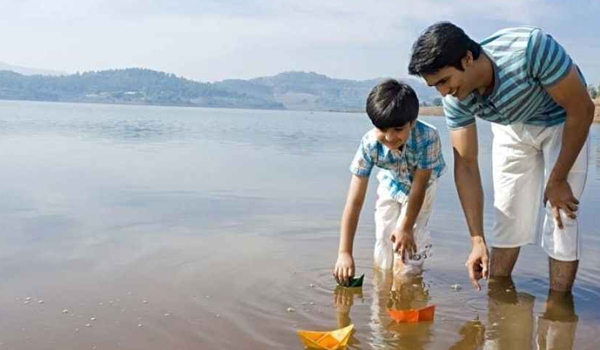 Getting knocked out of the beds very very early in the morning and running bleary eyes through the routine work to get fresh have become the tiring schedule both for parents and the children. Which consequently reduces one’s sleeping period drastically which is no less important for normal health. But, all such prescribed reasoning get buried under the pressure both for the fathers and the children.

To ensure financial security and future of their families, fathers are known to most often sacrifice their own well-being and a recent study found that young fathers in the Delhi-NCR region worry about their health, but it is their child’s future that concerns them the most.

A study conducted by Future Generali India Life Insurance Company Limited and Market Xcel – Market Agency Research in India has found 17 per cent of fathers in the nation’s capital are worried about their health, while 38 per cent feared for their children’s future. This is followed by financial security (16 per cent) and loss of family (14 per cent).
The study also revealed that the job was interfering in family life at frequent intervals and was a cause of stress. About 58 per cent of respondents in the city said their work is taking away a large pie of family time.

Work-related stress a major cause of concern, and 73 per cent of respondents in Delhi-NCR were found to be working six days a week.
Further, 64 per cent of the respondents were found to be working 7-8 hours on average, which is more than the national average. With changing lifestyles, fathers are aware of the importance of good health but feel they are not able to do enough about it. Consequently, they feel fatigued and tired regularly.
Vacation for 51 per cent and outing with family or friends for 57 per cent of respondents are the most preferred solution to overcome work-related stress. Significantly, only 35 per cent of respondents in Delhi-NCR owned health insurance, which is the lowest among the other metro cities in the country.
The study found that across the country only 19 out of 100 fathers surveyed place their health as the topmost priority.
At the same time, 49 out of 100 fathers are under work stress most of the times which is taking a toll on their health.

“Through this study, we wanted to understand life’s priorities of Indian fathers and their health habits. While health is one of the most talked about subjects in families, our fast-paced lifestyle is increasingly taking away personal time from us,” said Rakesh Wadhwa, Chief Marketing Officer, Future Generali India Life Insurance Company.
A sample size of 1319 respondents with an average age of 35 years was surveyed across seven cities – Mumbai, Pune, Ahmedabad, Jaipur, Lucknow, Kolkata, and Delhi NCR, in India. A majority of the people surveyed had a graduate degree and had a household income with more than 5 lakh rupees.