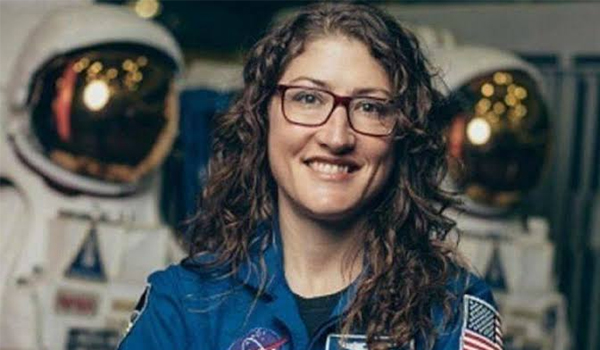 Koch still has six weeks to go before returning to Earth from the International Space Station (ISS), Space.com reported.

When she arrives back on Earth in February 2020, the Expedition 61 Flight Engineer will have spent more than 300 days in space.

Koch had earlier made history in her stay aboard the orbital laboratory. In October, she was part of the first all-female spacewalk.

“Having the opportunity to be up here for so long is truly an honour,” Koch was quoted as saying at press interviews on Thursday.

“Peggy is a heroine of mine and has also been kind enough to mentor me through the years, so it is a reminder to give back and to mentor when I get back,” she added.

Koch, who arrived at the space station March 14, was expected to be on a typical six-month mission.

NASA extended her stay, partly in a bid to collect more data about the effects of long-duration spaceflight.

Koch’s mission is planned to be just shy of the longest single spaceflight by a NASA astronaut – 340 days, set by former NASA astronaut Scott Kelly during his one-year mission in 2015-16.