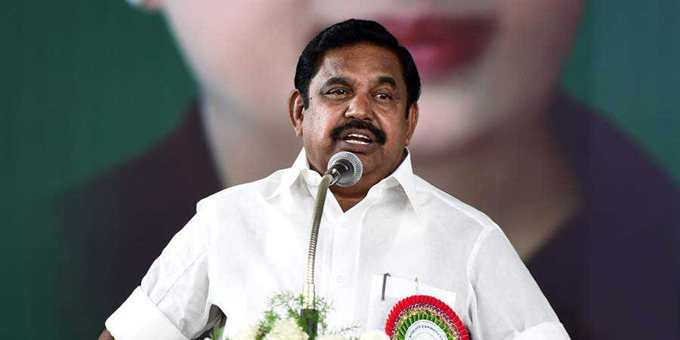 Stating that his next foreign trip will be to Israel, Tamil Nadu Chief Minister Edappadi K Palaniswami on Tuesday said during his three-nation visit to UK, USA and Dubai, agreements to the tune of Rs 8,835 crore investments into the State were signed. Mr Palaniswami, who arrived here from Dubai after completing his two week long official visit to these countries, told reporters at the airport that he would be visiting Israel to know more about the agricultural practices followed there which will come in handy when farmers are affected due to lack of rain.

He said as many as 41 Memorandum of Understandings (MoUs) were signed during his visit to UK, USA and Dubai, which would bring in investments to the tune of Rs 8,835 crore to the State and provide job opportunities to 35,520 people. This included investment commitments of over Rs 5,000 crore from 35 firms during his investors meet in New York, San Jose and San Francisco in US.

Mr Palaniswami, who was given a rousing reception at the airport on his arrival by his Cabinet colleagues and party cadres, said MoUs that were signed during his trip will be implemented at the earliest. Observing that investors were very eager than expected to start their business in the State, the Chief Minister said since Taminadu has several resources, investors from various sectors have shown interest to start their business in the state. ‘The countries that I visited give prominence to tourism and we will also try to follow it,’ he added.

Reacting to criticisms made by opposition DMK President M K Stalin about his foreign visits, Mr Palaniswami said ‘they have been opposing me right from the time I became the Chief Minister.’ ”Things did not happen the way Stalin thought it would (fall of the AIADMK government), so he is jealous and angry and that is why he is speaking like that,” he added. Taking pride on his successful mission to the three countries, he said the tamil diaspora and the iondustrialists in the three nations have shown very keen interest in investing in the state. Investors from almost every sector evinced interest in investing in the state, with several of them wanted to set up IT parks, he said.

Mr Palaniswami explained in detail about his foreign tour and the places he visited, the MoUs signed in his presence, including the one with the King’s College Hospital in London for setting up air ambulance services in the state to offer treatment to people from far off places and to establish a branch of the hospital in Tamil Nadu. On his dapper suit avatar as against his traditional dhoti, he said he had to use the western attire to gain respect and admiration from the investors abroad. ‘We have to fulfill their wish…It was on that basis only’, he added. (UNI)