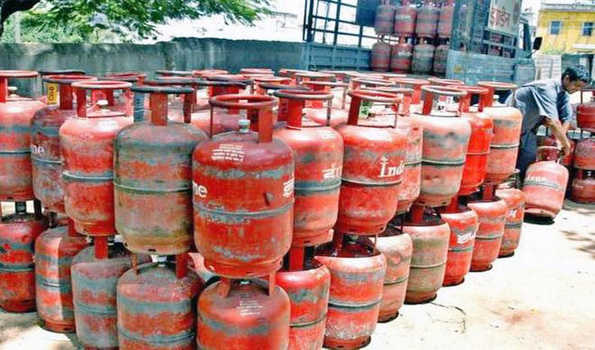 New Delhi, Jan 2 (IANS) The Delhi Congress staged a protest at the Petroleum Ministry, here on Thursday, against the hike in prices of non-subsidised liquefied petroleum gas (LPG).

Scores of the Congress workers, including former Delhi Ministers, raised slogans outside the Shastri Bhawan that houses the Ministry.

In view of the Assembly polls, due in February, the Congress is trying to corner the Bharatiya Janata Party (BJP) on the issue of LPG rate hike and also the increase in prices of essential commodities.

Former MP Sandeep Dikshit said, “This is the least you can expect from the government when the prices of petrol and diesel are also rising every day. Onion prices are also soaring. But the Narendra Modi government and the BJP are not concerned.”

Slamming the Centre for LPG price hike on Wednesday, Congress spokesperson Sushmita Dev said on the first day of the year the government pinched the pocket of people. The government was not concerned about the people who were facing tough time due to unemployment and rising prices of onion and pulses, she added.

“The people expected that on the new year the government will give some reprieve, but just the opposite happened,” she said.

“In the new year, the Modi government’s first gift on inflation — domestic gas cylinder price hiked Rs 19, commercial gas cylinder Rs 29.50 — in the five months total increase in price Rs 137. Rising inflation is an issue for households, but the BJP is consumed by its arrogance,” tweeted Randeep Singh Surjewala.