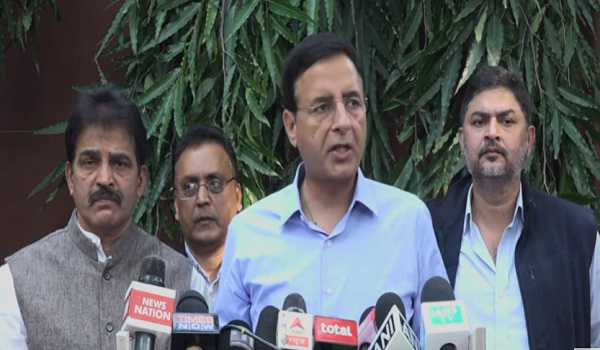 New Delhi, Nov 16 (UNI) The Congress will organise a ‘Bharat Bachao Rally’ on November 30 at the Ramlila maidan against the economic policies of the Narendra Modi government.

“The meeting was called to discuss the agitation programme against the Central government’s anti-people policies, especially economic slowdown, farmers distress, huge unemployment and other issues,” said  Venugopal and added that the party decided that the agitations at district and state levels will be completed before November 25.

Earlier, Venugopal had announced the agitations against government’s policies which have led to agrarian crisis, farmers suicide, unemployment, economic slowdown, which was planned from November 5 to 15.

“The Congress has decided to hold a massive culminating rally against the anti-people policies of the Central government on November 30 in Delhi’s Ramlila Maidan. The meeting has decided to name it as ‘Bharat Bachao Rally’, because people are suffering very much”, the Congress general secretary added.

The rally is likely to be addressed by parety president Sonia gandhi, party leader and former Congress president Rahul gandhi and several senior leaders of the Congress party.

Venugopal also said that the entire country is agitating against the government policies and it has reflected in the district and state-level agitations.

“People’s sentiments are with us. We will continue with the agitations in greater manner. These issues should be discuss in the Parliament. Our MPs will raise these issues”, he added.