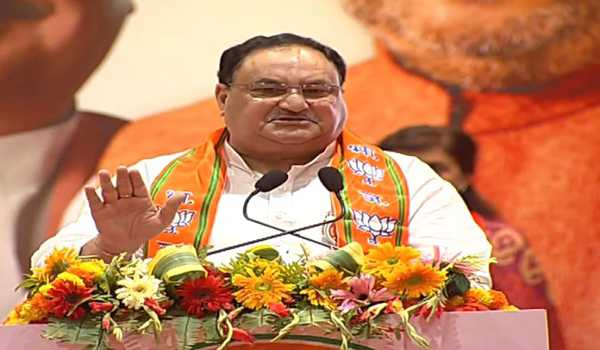 Putting all speculation to rest and not entertaining last minute efforts to build up pressure, the BJP finally decided to drop three of its prominent faces Vinod Tawde, Eknath Khadse and Prakash Mehta from the list of candidates for October 21 assembly polls in Maharashtra.

According to the fourth list of candidates released here on Friday by party working president J P Nadda, who is also a member of the Central Election Committee, the party decided to field Sunil Rane from Borivali and Parag Shah from Ghatkopar East in Mumbai.

Mr Tawde was trying hard for the ticket for Borivali while Mr Mehta was in the race for Gujarati-dominated Ghatkopar East.

Mr Tawde, a former Mumbai unit President of BJP, was also the Leader of Opposition in the Maharashtra Legislative Council. He had met state unit BJP chief Chandrakant Patil earlier this week and reportedly tried to reason on why should he get the ticket.

According to the list released here, former Revenue Minister Eknath Khadse has been denied ticket too.

who had to step down in 2016 as corruption charges came against him, has – however – filed his nomination as Independent from Muktainagar assembly constituency in Jalgaon district.

Both  Khadse and  Tawde were chief ministerial face for the party in the past.
A former Housing Minister Prakash Mehta was also dropped as Minister last year.
BJP sources said ‘corruption’ charges were deciding factors in declining tickets to all these three leaders.

According to the fresh list, Charan Singh Thakur will be BJP nominee from Katol, Rahul Dhikale from Nashik East and Rahul Narvekar from Colaba. If the BJP list of candidates is any indication, BJP observers say, the Chief Minister Devendra Fadnavis seemed to have strengthened his grip in Maharashtra politics.

His Personal Assistant Abhimanyu Pawar has been the party ticket to contest from Ausa assembly segment in Latur district while prominent rivals of the Chief Minister have been discarded. While corruption charges against Vinod Tawde, Khadse and Prakash Mehta denied them tickets, Late Gopinath Munde’s daugter Pankaja appeared lucky and has been fielded from Beed.

However, in 2016, Ms Pankaja Munde was given clean chit by ACB in the chikki scam.

A number of Congress bigwigs who jumped ship to join the BJP on the eve of polls and kin of Shivaji Maharaj and Lokmanya Balgangadhar Tilak have been given tickets by the saffron party. The Central Election Committee of the BJP on Sunday met under the presidentship of Mr Amit Shah and fine tuned 125 candidates names for the 288-seat assembly elections, to be held on October 21.