Dark underbelly of traffic rules ! the predating Czars on the prowl, cashing in on the commoners 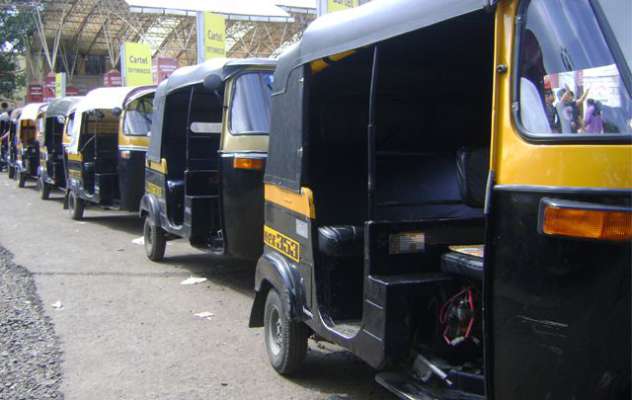 It is a disturbing piece of news for any sensible person to read that, under the new traffic rules an Auto rikshaw driver/owner Hadibandhu Kunwar in Bhubaneswar was slapped with a fine of Rs.47,500! Which was for reasons for certain violations. A cursory scrutiny reveals that he had bought the Rikshaw paying about Rs.25K for which he had borrowed some money. In one stroke of the pen of the now almighty traffic cop Hadibandhu’s dreams for a mere survival must have shattered to bits.

Hadibandhu is perhaps one among million such men on the roads who since last two/three days encounter the excesses of a rule framed by the Centre to target a layer or two of the society. Mainly the middle class who take to the modes of transports easy to avail. Reading through the details of the fines being imposed for the violations is not only scary but smacks of an arrogance of the ones who made it. Scary, in fact, it has become more than the fears generated by the demonetisation which had soft-landed on a quiet evening to unleash one of the most deafening thunders for the people who were at the receiving end.

Now the common sight at several traffic joint is that,  a hoard of cops swooping on a vehicles, mainly the two wheeler and auto rikshaws, found taking to the fault line. Violation cannot be condoned but what matters, is the amount of fines stipulated for each category of violations. Is it penalising or pulverising the pocket of a person ? The affixing of zeroes to a number has, perhaps, been done without a touch of compassion, let alone sensitivity.

What is also important is the creation of a condition for the commuters also; such as road condition, space for manoeuvre and signage and so on. Driving, for example from Shaheed nagar side towards Master caneteen, at Sriya Square the situation is peculiar. Turning to left, heading towards Sriya complex , slight fluctuation can land one in a huge pit dug on the left which can be a nasty fall to death.

At Master Canteen it is a jigsaw puzzle ! Taking to ones left, it is a peculiar sight as half of the wide road, leading towards the Reliance mall, is blocked by unlawfully parking vehicles(just in front of the Bata shoe shop) and a boys shoving at you a parking ticket ! Whereas, half a dozen cops in ‘khaki’ can be seen idling bang opposite Lalchnd , gunning at the bikers without helmets  in total detachment to the congestion 10 metres from there.

Situation at the Assembly square leaves  no room for comfort also. One can easily dash into a bamboo projections blocking 6 feet of the road thus worsening the jam at evenings. These are few of the myriad examples inside the city only. But what about the outskirts and beyond.

And what about the free passage for Ambulances carrying the critical patients. They fall in line with the rest blowing their siren a notch higher but all in vain. Neither the people voluntarily leave a passage nor the traffic cops budge from their positions to facilitate a passage for the ambulance. But there, one can always notice two/three traffic cops busy haggling with a few two wheelers without helmets but they always tend to ignore the man at the wheels of cars busy talking on mobiles while driving ! And that is ubiquitous.

Impose higher penalty but creation of a conducive condition for smooth traffic regulation is no less essential. Almost everywhere half of the roads on either side remain jammed by parking vehicles on undesignated areas throughout the day but, cops choose that as non-inclusive in the missive. It is all about abandoning thrills to coerce the common man and fleece him till the last penny.