Day-88: Strike continues in Kashmir even as J&K becomes UT 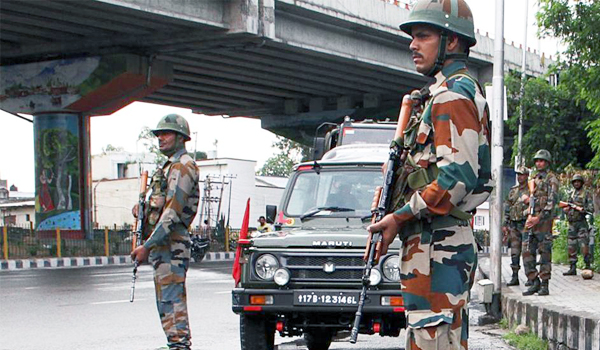 Security forces have been put on high alert to prevent any law and order problem in the Kashmir valley on Thursday, when Giresh Chandra takes oath as first Lt Governor of Union Territory (UT) of Jammu and Kashmir.

Meanwhile, spontaneous strike continued for the 88th consecutive day today in the Kashmir valley, where people are protesting since August 5 against scrapping of Article 370, besides bifurcating the state into Union Territories.

Shops and business establishments, which were functioning daily for about three hours in the morning in Srinagar, including historic Lal Chowk, the nerve centre of the summer capital, remained closed for the third consecutive day on Thursday, when security forces were again alerted to prevent any demonstration and stone pelting.

The Central Paramilitary Forces (CPMFs) remained deployed to prevent people from gathering at historic Jamia Masjid in the downtown. All main gates of the worship place are closed for devotees and CPMF remained deployed in the Jamia market and outside to prevent people from assembling there. No prayers were allowed in the Masjid, stronghold of chairman of moderate Hurriyat Conference (HC) Mirwaiz Moulvi Omar Farooq since August 5.

The internet service and pre-paid mobile network of all Cellular companies, including Bharat Sanchar Nigam Limited (BSNL), remained suspended since August 5 as a precautionary measure in the valley, badly affecting professionals, students, doctors and mediapersons.

Train service between Baramulla in north Kashmir to Banihal in Jammu region remained suspended since August 5 for security reasons.

Business and other activities remained paralysed and traffic off the roads on Thursday since August 5 in the summer capital, Srinagar and outskirts. Shops and business establishments which were functioning for about three hours from 0700 hrs till 1000 hrs daily in the city remained closed for the third consecutive day today. Work in government offices and banks was also affected. Some banks which were functioning in the morning for few hours also remained closed for the three consecutive day on Thursday.

Shops and business establishments remained closed in this and other district and tehsil headquarters of south Kashmir on Thursday, a report from Anantnag said. Very less number of private vehicles were seen plying on the roads as passenger traffic remained off the roads.

A report from Baramulla said that business and other activities remained crippled since August 5 in this and other north Kashmir districts. Traffic was off the roads though some vehicles were seen plying on Srinagar-Uri highway. Additional security forces have been deployed on bridges, connecting down town with civil lines in Baramulla and Sopore towns to foil any demonstration.