Democracy is under threat in several parts of world 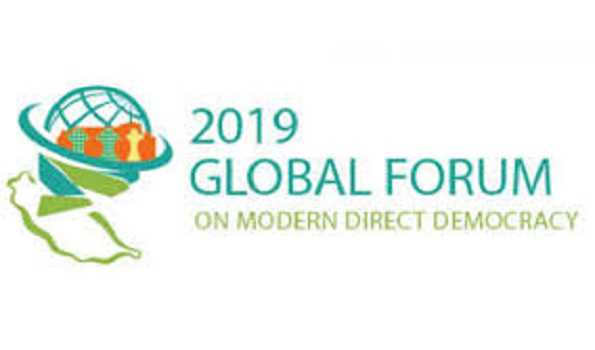 The state that the democracy is in today has raised questions for some time that whether the sanctity of the democratic institutions are being protected by the real spirit of democracy. Whether dilution of rules those help social and political scrutiny or allowing manipulations seeping into these bodies like investigating agencies or even judiciary, has become a cause of concern world wide.

Expansionism in the name of international policy as evident in the case of US towards Iran where bloodletting remains unabated for long or gagging on the rights of expression or exercise of political coercion to suppress dissent remain as bigger threats.

No democratic value can be upheld without a consensus that ensures smoother functioning has been overlooked in many countries. Even questions were raised in the case of India, whether there was a need for consensus over demonetisation under the NDA regime or if US has violated norms through its policy on immigration and so on.

China’s policy in Hong Kong which has fomented an unrest as never before or its approach towards Taiwan have become eye brow raisers.

Democracy’s contemporary challenges in Asia and throughout the world include an inquisitive query – whether democracy will end someday as it is under tremendous threat due to manipulations of the democratic institutions?

This was one of the questions that attracted critical analysis under the topic “how to turn people power into direct democracy in Asia and beyond” in the third plenary of the 2019 Global Forum on Modern Direct Democracy (GFMDD) at the National Chung Hsing University (NCHU) in Taichung on Friday.

The urgent reference point was Hong Kong’s people rising up to challenge China’s influence in their city. Similarly, reference was made to South Korea where people rallied to oust a president. The plenary also mentioned how protests from Thailand to Japan \\\\forced the governments to change.

With all these references, the idea was explored whether democratic activism and progress in Asia be used to create more citizen participation and democracy. What lessons does Taiwan’s democratisation and its more recent move to develop a strong initiative and referendum system – hold for its Asian neighbours.

Mr Michael YM Kau (president, Taiwan Democracy Foundation), who moderated the plenary, said the people’s power was vital for direct democracy. He regretted that most political institutions in the world continued to be conservative.

Mr Ichal Supradi (Indonesia) said democracy’s contemporary challenges in Asia were numerous: Whether democracy will end someday? He said democracy was under serious pressure. “Manipulation of democratic institutions and populist authoritarianism have created serious issues like the tech impact, political identity issue, hate speech, intolerance, violence, extremism. Not only this, there is growing influences of non-democratic countries, whose focus is on the so-called development rather than on democracy,” he pointed out.

He said the countries in South Asia and Southeast Asia were threatened very much.

Prof Chang Lin-Li of the NCH University said that the journey from the Sunflower Movement to referendum in 2018 showed that Taiwan was a good example of direct democracy to Asia. However he lamented that despite democratisation two decades ago, Taiwan lacked a civil society movement. “For consensus democracy, strong civil society is required,” he pointed out, adding that the political systems of direct democracy were needed to be in place.

Prof Mehdi Ben Mimoun (Tunisia) said the socio-economic issues also need to be addresses even as we strive for direct democracy. He said women’s rights, freedom of speech, etc, were salient features of direct democracy and they were in place in his country.

“I think, our politicians are afraid of the people. Language and cultural issues are there. We are afraid of the divisive issue, therefore no direct democracy and referendum,” she said, adding that the need was to educate the youngsters on the democracy issues.

Miyae Kamioka (Japan) said that in her country referendum and initiative were not so strong. “For example, in a city, the council refused the outcome of the referendum. In view of this, I must say that referendum must follow the signature gathering without fail,” she added. She regretted that the fate of a referendum depended on the understanding and will of the politicians.

Dane Waters (US) said the direct democracy was inevitable in the light of so many conflicts in the world. “What can we really do? How these issues are to be resolved? Who can help us to get there,” he said, adding that even an institution like the UN has failed.

“It is good that Taiwan has done amazing things. She is in the direct democracy today. However, it is government’s responsibility to help the people.” “Taiwan has the opportunity to help the world,” he concluded.

Before these plenary presentations, brief notes including on the European credit initiative were shared under the bold ideas for direct democracy slot.

In the breakout workshops several topical issues were discussed. They included: Bold ideas for direct democracy like how direct democracy can be used to reshape our economy and whether we need democracy developers; direct democracy and education reforms; Taiwan’s new Referendum Act and its initial experience; Taichung Declaration on modern direct democracy; journey of democracy – from West to East; Islamic world and democracy; democracy houses around the world; roundtable – Taiwan, Asia, and the world; Amphitheatre storytelling; towards Asia schools of participatory leadership; how to build an online community; and, art rather than politics; Yoga for democracy.

In a workshop on professionalising democracy development, Dr Raban Fuhrmann (director, Academy of Learning Democracy) said the time was ripe for the democracies to become learning democracies. “Because, parliamentary democracies are not functioning well anymore – their design is outdated,” he concluded.

A city tour was also part of Friday’s programmes. The tour allowed the participants to have a close look at Taichung’s rich history and beautiful natural scenery. It was also evident that modern democracy is at the heart of Taiwan’s second most populous city.

In the second plenary on Thursday evening — what Taiwan can learn from the world’s direct democracies — Patrick Bohler (editor, Swissinfo) as moderator said that the difference between the democracies and the direct democracies was huge. He gave an example of Austria-Switzerland border areas to explain his viewpoint. “I live in a place in Austria with border with Switzerland. On the Swiss side, we see a lot of direct democracy happening; whereas, on our side, the story is different.”

Caroline Vernaillen (Democracy International) said democracy is a process, which never finishes. She also proposed to delink elections and referenda. She said it was up to the people to decide about a referendum. “It is right for the people to decide about a referendum. You cannot change in a short period of time. To get majority consensus, you need time. Also, engage more people in the public debate,” she pointed out.

Andreas Gross (Switzerland) said the direct democracy process has several phases and time is important in its implementation. “At every phase, you have to give time to the next phase of the process. He said it was high time to simplify direct democracy where it existed already. It was also important to make it accessible to more and more people. He said if direct democracy tools were applied faster, you are, for sure, bound to make it a less inclusive. “The faster you do, the lesser inclusive you are. You have to defend your time-notion. You have to have your own time-notion. Referenda happen on specific conditions. Too many referenda are not possible at one point of time. Impatience and short-cut are not desirable in direct democracy. People can do them. You have to let them do them,” he emphasised.

Prof David Altman (Chile) said democratising democracy was a challenge in itself. “At times, direct democracy can also violate the human rights. Chile is an example of that. We should not take the representative governments for granted. Democracy is a process that walks slowly and slowly,” he added.

In a workshop on Switzerland’s direct democracy – journalists’ perspectives, hosted by SWI swissinfo, two Taiwanese journalists – Jason Liu and William Yang – explored social and political issues related to democracy in Switzerland. In a conversation with SWI’s executive editor, Patrick Bohler, they discussed what struck them as interesting, inspiring and problematic in one of the world’s oldest living democracies and what lessons could be relevant for Taiwan.