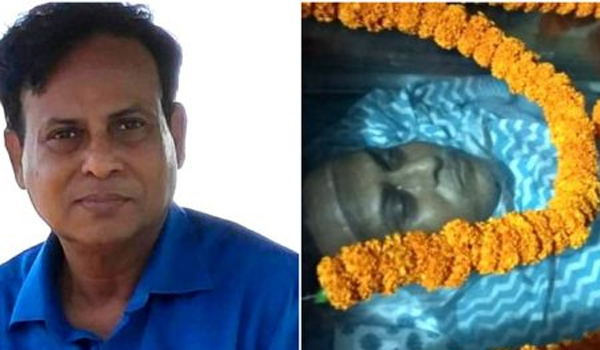 The cause was stated to be cardiac arrest. And few complication of a cancer. But it was difficult to believe that, Dlip Satpathy’s exterior was capable of such deadly combo of ailments those could hardly smudge the smiles he sported all the time.

A journalist of merit, Dilip was also ubiquitous by his presence in television channel debates in wide ranging issues. Rational, objective and unbiased were the way he was known to have adapted to. More precisely, Dilip was more viewers’ friendly by being simple in his narratives, making complicated issues sound easy to come in term with.

Meeting him at very rare occasions, he had hardly given an impression that he had ever revised his stands on topics and economics being his pet topic in very recent times. He never took shelter in pretensions of a know-all sort of scribe but, was pleasantly appreciative about others’ views, may be an enviable way of Dilip’s sobriety to keep his short-comings muted by his reticence.

He always sounded like a pure professional and never demonstrated regrets for anything going wrong in his health.  He was obviously an astoundingly positivist and he always exhibited that till the last moments of his life.

As far ones memory goes, he had never been heard discussing anything ill about others except being so sober and harmless even in cracking jokes.

Which were perhaps the traits that helped Dilip to enhance and prolong his cool but the odds within the health were deepening and intensifying towards a terminal epilogue.

For quite some time since, he was a kind of loner and can never be described having any penchant for parties at late nights or a kind of scribe to look for repeat fills.

Armed with ready data sheets, he was not only keen about taking on more informed panelists in debates but was in constant demand as a speaker in television channels. His view points, whether for or against the dispensation, appeared rooted in convictions, hardly trying to find the escape routes of bluff.

He always exhibited a will that implied , how knowledgeable one may be, but he was not in a mood to submit himself to the man facing him.

But, he failed to do so when destiny dared him on last Sunday night.