Donaldian flip-flop on J&K ! now Modi should say if Trump was lying then or now! 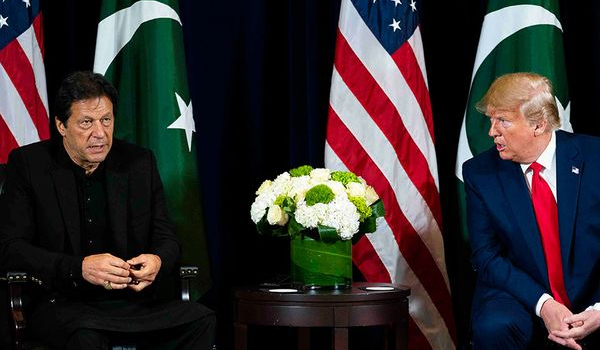 There is no denying of the fact that, it is a great flip-flop surrounding the American Prez Donald Trump’s stance on India- Pakistan issue post abrogation of the Article 370 in J & K. Sometime back when Trump had, inadvertently or knowingly volunteered to play a mediation role between India and Pakistan, Indian opposition went hammer and tongue to criticise the NDA for making a bilateral issue open for a third party issue.

It raised heckles even within the Modi-led NDA and the official spokesmen came to a denial mode to dub Trump’s nose-poking as unwanted and against the stand of India that believes that J & K is a purely bilateral issue and Trump has been neither asked by India to media nor India is ready to brook any third party interference.

But, even not for once, neither the Prime Minister made any reaction on that if he had ever told Trump to mediate nor any of his party colleagues ever dared to say that, Trump had lied in saying that the Indian PM had ever told him for any mediation, whatsoever.

But, when on  Monday, the American Prez almost repeated his statement on the mediation role, what stops the Indian prime minister to make a direct reply to Trump that, India does not want any such mediation. Rather, so far, India has skirted from any such curt reply.

It speaks volumes about the confounding confusion over the issue and Trump reiterating his readiness to play mediator, that too in an address with the Pakistani Prime Minister, Imran Khan on his side, India must come out with a sharp reply to Trump.

India on Tuesday skirted any direct reply on US President Donald Trump’s repeated offer to mediate between New Delhi and Islamabad for parleys on Kashmir issue.

“I think there is a meeting tomorrow between Prime Minister Narendra Modi and US President, so let us wait for the meeting,” Secretary West in the Ministry of External Affairs A. Gitesh Sarma told reporters here.

Answering questions on the same, MEA spokesman Raveesh Kumar said – “You see, the Secretary ( Sarma’s) response is after giving some thought. You are aware of our position, we have mentioned about this in the past. But my request is just hold on; just hold on for the meeting tomorrow. I think it is not far and we do intend to immediately hold a briefing after that where all the queries which you have on the topic will be answered”.

Trump on Monday once again stated that he can mediate between Pakistan and India on the Kashmir issue if both the countries desired so.

“If I can help, I will certainly help. If both (Pakistan and India) want, I am ready to do it,”  Trump said while addressing a joint press conference with Pakistan Prime Minister Imran Khan.

Trump has mentioned about his intent to ‘mediate’ between New Delhi and Islamabad in the past too but the offer has been summarily rejected by India.

The US President had addressed a joint rally ‘Howdy Modi’ along with Prime Minister Modi at Houston on Sunday and also slammed radical Islamic terrorism.

Both the leaders are slated to have a crucial round of bilateral engagement here on Wednesday.