Does BJP suffer from a divide? But that may not ease things for the Maha-Aghadi 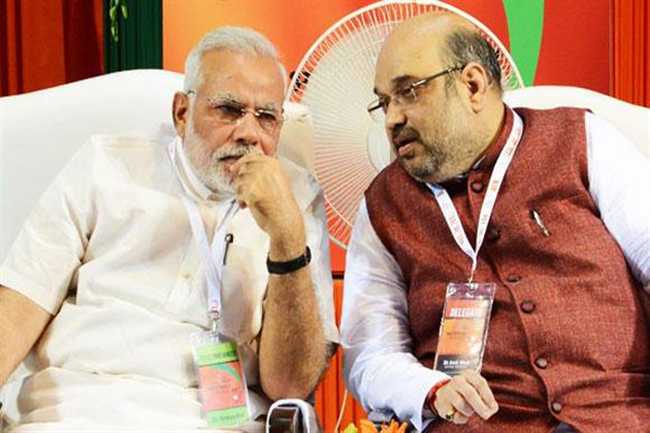 Just a few hours to go before a difficult combination of politics would face a  real big test of their ability to stand together. One of the most un-thought of experiments when the rivals pray for a situation where the confusion within the trio turns murkier soon.

However, the trio of Shiv  Sena, NCP and the Congress have , in fact, shown some amount of patience in weaving out the unity and, as it appears, both Uddhav Thackrey and Sharad Pawar should demonstrate equal cool for a reprieve to save the victory after a battle that leaves the people of Maharshtra  brassed off by the over month long high drama and climaxes.

Whether on the ground or through the media glib talks, venoms have already started rolling off the tongues of the opponents to paint a picture of fear and uncertainty over the Sena-led dispensation in Maharashtra.

What is haunting BJP, divide!

It is not about the haste that the Devendra Fadnavis lead unprecedented swearing in but what went wrong with the BJP itself? After that 105 score Fadnavis was seen making a startling claim to remain the CM for next five years! Which ,in normal circumstances, any leader should have said that the BJP would head the government.

Both the actions getting done through Fadnavis, if  it had the unanimous support  within the BJP, has raised eyebrows within the cadres. Or was it driven by over confidence or a calculated mind game to scare the enemy was difficult to assess.

But, all said and done,  there was something wrong within the party and chatters in the saffron grapevine in Delhi had it that, some front-line BJP leaders of Maharshtra  did not like that Fadnavis  run away with the second harvest so easily. During the entire exercise, there was no tall leader from the BJP sitting closer to Fadnavis even.

Even after losing the battle on November 26, Fadnavis was left to fend for himself like a pushover at a press meet. Not a word from the party chief Amit Shah nor Prime Minister Narendra Modi was heard in Fadnavis’s defense.

Saffron split no respite for Uddhav

But all that within the BJP can, in no away, help making things easy for the trio. Pressures have to mount and in a combination where past differences remain the foundation of the unity, suitable accommodation of thoughts and preferences cannot be ignored by Uddhav Thackrey .

And it would be much more daunting for Uddhav, a man taking his first ever stance as a chief minister. Used to the comforts of ‘Matoshree’ and a remote driven system for many years, Thackrey is supposed to start from the basics of real politics for which he may have to depend a lot on the NCP patriarch Sharad Pawar.

Ministerial berths apart, there may be some heart burning in the Sena camp over the deputy chief minister ship of Ajit Pawar who had tried to upset the balance by siding with the BJP in forming a government.

So before the new chief minister to be, the moment may be Pyrrhic but no less than a tight rope walk in the days to come.