Experimental Learning be given a push: can it bring in the much needed drastic change? 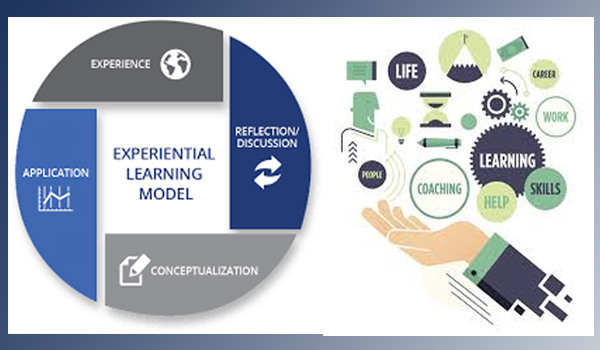 At a time when a huge controversy has been triggered by Labour and Employment Minister Santosh Gangwar’s comments on lack of skills and joblessness in India, experts say the lacuna lies in exam oriented education system and it is high time Experimental Learning system is given a necessary push.

“Experimental Learning is the way out of the present mess in education system and its resultant impact in terms of problems related to skills and unemployment,” Dinanath Batra from the Siksha Sanskrit Uthan Nyas told UNI here.

Thus, will it be wrong to suggest that the students in India more often obtain their degrees and diplomas without acquiring the desired level of knowledge on the subject?
Many say, some aspects of what the Minister said may be were avoidable, but the entire thing cannot be dismissed as a fallacy.

The proponents of Experimental Learning say – the opinion is fairly divided though more and more people are supporting it and the government of the day is also trying to give the idea a push.

Those who still remain skeptical about Experimental Learning say it is not possible to ‘recreate’ all the practical aspects of a particular knowledge module through experimental education.

Others counter this argument and say – multi-layered understanding is discouraged by the existing evaluation system. For instance, one of them says in literature, they need to develop deep understanding of poetry including metaphoric meanings and sometime the interpretation and analysis can be simply original and out of the box.

But under the present examination system, such a view will be taken as futile.
Government sources say – a recent report on Examination reforms Strategy by a committee headed by MM Salunke, set up by the University Grants Commission, said that most Indian universities tested only their students’ memory. This simply encouraged the mugging games – learning by heart or parroting.

According to Batra, “As emphasis has been given to academics and examinations thus scoringmarks and higher percentage became order of the day and in the process the casualty was learning”.