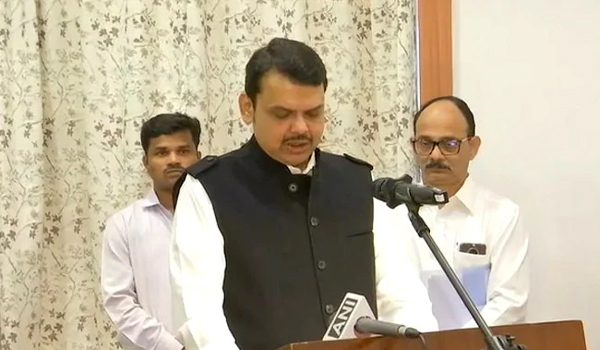 Mumbai,Nov23: In a stunning political development, Maharashtra Governor B.S. Koshyari early on Saturday administered the oath of office to Bharatiya Janata Party leader Devendra Fadnavis as the new Chief Minister of the state and Nationalist Congress Party leader Ajit Pawar as the new Deputy Chief Minister. The duo was sworn-in at function in Raj Bhavan held around 8 am today, with the presence of a few BJP and NCP leaders, and other government officials.

Soon afterwards, Fadnavis said that the Governor would give them a letter instructing when to prove the new government’s majority on the floor of the Assembly. He added that the cabinet would be expanded at a later date. Prime Minister Narendra Modi has conveyed his best wishes to Fadnavis and Pawar.