Films with audio description to be screened for visual impaired at IFFI 2019 : Javadekar 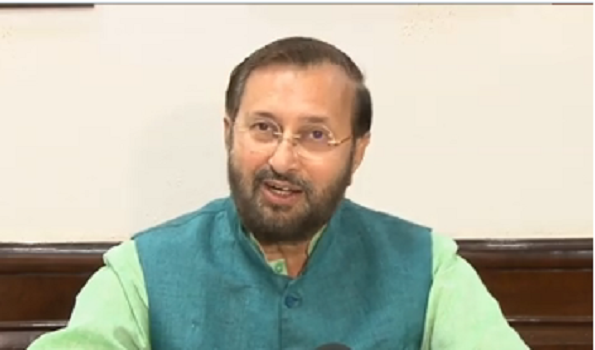 Union Minister for Information and Broadcasting Prakash Javadekar on Sunday announced that the 50th International Film Festival of India 2019 will witness over 200 best films from 76 countries, 26 feature films and 15 non feature films in Indian panorama section.

He said that films with audio description will be screened for the visual impaired for the first time in the festival. Around ten thousand people and film lovers are expected to participate in the golden jubilee edition, the Minister said here.

IFFI is celebrating its Golden Jubilee edition , while 12 prominent films in different languages that have completed 50 years this year will also be showcased from November 20 to 28, the minister added.

Selected films of veteran actor Amitabh Bachchan , winner of Dadasaheb Phalke award, will also be showcased at the 50th IFFI , the minister added.

‘Dadasaheb Phalke Award winner Amitabh Bachchan’s outstanding contribution to Cinema will be honoured and celebrated through a package of his impactful and entertaining films in the 50th edition’, said Javadekar.

Indian Panorama is a flagship section of IFFI, which showcases the best of contemporary Indian Feature and Non-Feature Films of the years.

This year’s feature film jury was headed by known filmmaker and screenwriter Priyadarshan. The Jury has chosen the film HELLARO (Gujarati) directed by Abhishek Shah as the opening feature film of Indian Panorama 2019.

The Non – Feature Jury was headed by well-known documentary FilmmakerShri Rajendra Janglay and “Nooreh” directed by Ashish Pandey has been selected as the opening non-feature film of the festival. (UNI)