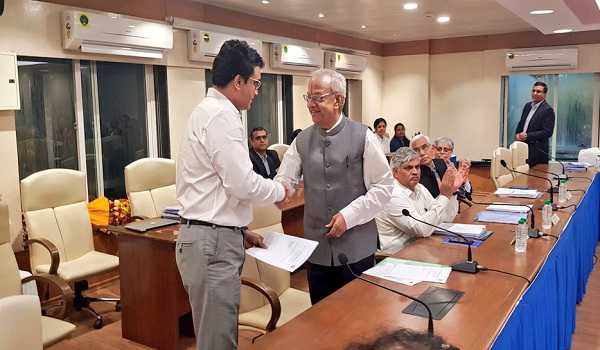 “It’s official – @SGanguly99 formally elected as the President of BCCI,’ the BCCI said on Twitter.

Ganguly was the only candidate to file his nomination for the top post, after being unanimously chosen as the presidential candidate at a meeting, earlier this month.

The former Indian captain is likely to serve only nine months as BCCI president as the “cooling off” period clause in the new BCCI constitution makes it mandatory for board officials to step down after six years in office.

Ganguly, who played 113 Tests and 311 one-day internationals and led India to 21 Test wins, has already been an administrator for his home state association, Cricket Association of Bengal (CAB), for the last five years.

In the new team, Home Minister Amit Shah’s son Jay Shah took over as the Secretary of the board, while former president Anurag Thakur’s brother Arun Singh Dhumal became the new Treasurer.

Ganguly also became the second Indian captain to hold the top job in BCCI, once elected. The only other Indian captain to become full-time BCCI president was Maharajkumar of Vizianagram, who held the coveted post in 1954.

Sunil Gavaskar was appointed interim president in 2014, but has never held the position as a full-time administrator.

Ganguly, one of India’s most decorated captains ever, had already laid down his plans during his 10th month tenure at helm.

‘As a team, we have a lot of things to look after actually. We have to get the house in order, administration in order and most importantly, cricket on the field. It’s our job to create an environment that the boys can go out and excel themselves,’ Ganguly had said, after filing his nomination.  (UNI)