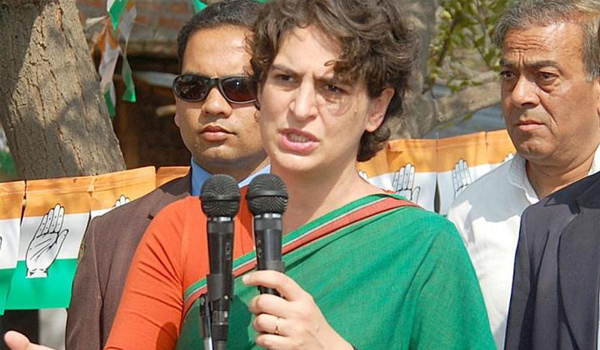 Congress leader Priyanka Gandhi Vadra on Friday took a dig at the BJP government in Centre, saying that its move in Kashmir has kept the children in the valley away from their schools for around two months.

She said that the government talks of development on one hand and on the contrary its actions have kept the children away from their school.

Taking to micro-blogging site twitter,  Vadra said, ‘The shutdown in Kashmir which is now for about two months has majorly affected the children. Have you seen a government that talks of development but distances the children,’   Gandhi tweeted, sharing a news report that said ‘Children of Kashmir : away from schools, disconnected from friends’.

She further questioned as to what message the BJP government has given to future generations of Kashmir.

‘What message has the BJP government given to the future generations of Kashmir ?’ her twitter handle further read. (UNI)