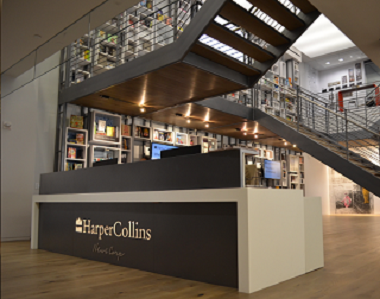 “BENDING OVER BACKWARDS” is a journey to the end the world to find a cure for a chronic backache.

In this intrepid and humorous travelogue, Carlo Pizzati embarks on a quest to find a cure for a backache that has tortured him for twenty years.

Armed with his notebook, his experience as a veteran reporter for one of Italy’s largest dailies, and an indomitable spirit of adventure, Carlo travels from a posturologist’s office in Italy to the rarefied mountain air of Boulder to seek a variety of alternative cures; from a trance-dance venue hidden in the woods of Cinque Terre to an exorcist-shaman’s den in Buenos Aries, who photographs demons and auras.

Eventually, Carlo lands in India, to live and learn from the yogis at the Ashtanga yoga centre in Mysore.

Here, as Carlo engages in strenuous yogic discipline, meditates atop hills, investigates Ayurveda, he has an explosive insight into his past births which leads to an encounter that will change his life forever.

According to the author, ” I know, it sounds banal, and is perhaps a cliché, but that’s the story –like so many others before me, I also came to India looking for answers. ”
Along the way, our skeptical, suffering but always curious narrator discovers the ways in which spirituality and technology intersect.

Wry, witty and wise by turns, this is a book about self-discovery, facing fears and failures, and undertaking an arduous journey with an open mind and heart.
Carlo Pizzati is the author of seven books of fiction and non-fiction. He is a political analyst for la Stampa and a professor of theory of communication at the Asian College of Journalism.
He’s been a correspondent from New York, Mexico City, Buenos Aires, Rome and Madrid for la Repubblica.

He’s covered the Northern Ireland strife, guerrilla in Colombia, the narcos in the Andes, smuggling of immigrants in Mexico, civil rights in Chile, pro-environment militancy in the French atoll of Mururoa, and the GMO battle in Europe and the US.
He’s won the Leonardo International Prix and the Igor Man Prize and lectured at his alma mater, Columbia University, New York University, Loyola University, Yonsei University, Ca’ Foscari and Sapienza.

He lives near a fishermen’s village in Southern India with his wife and three dogs.