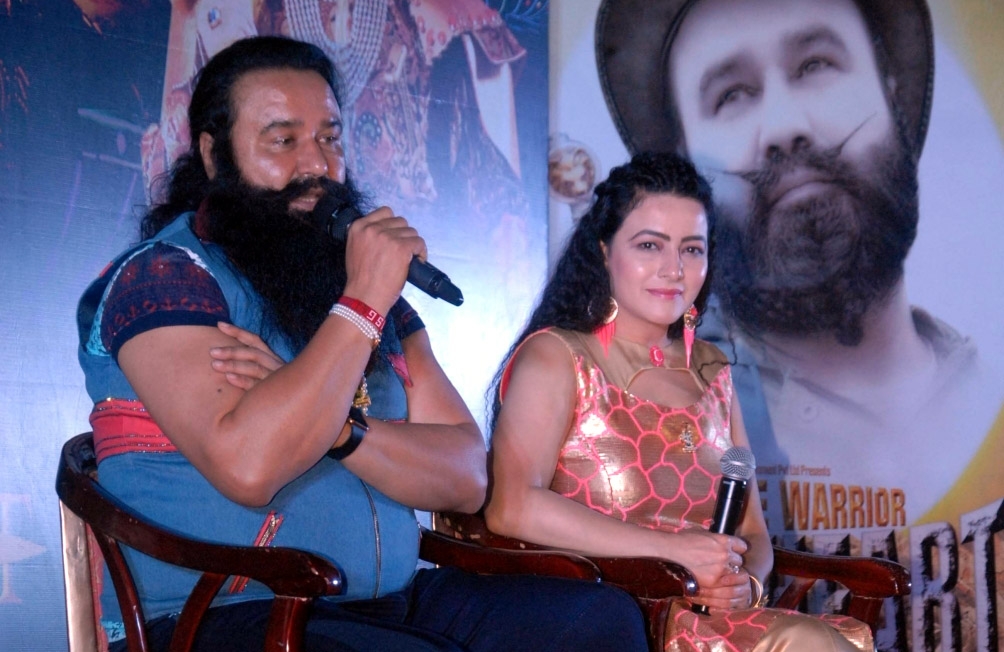 Chandigarh, Nov 20: The ruling BJP in Haryana seems to be inclined to allow Honeypreet Insan, accused in the Panchkula violence, to meet jailed Dera Sacha Sauda chief Gurmeet Ram Rahim Singh, who was convicted in 2017 for raping two of his disciples and is now seeking parole.

State Home Minister Anil Vij on Tuesday said it is Honeypreet’s right to meet her foster father Ram Rahim like any other individual. Officials told IANS a meeting between Ram Rahim and Honeypreet could create a law and order problem in the state. The police in its report to the jail authorities did not favour the meeting.

However, Vij told the media here after reviewing the Police Department functioning in his first meeting after assuming charge that the government has asked the police to re-examine the issue. “I have asked top police officials to re-examine and if there is no law and order problem, anyone can meet anyone,” he said categorically.

Without mincing words, he added, “If there is positive report,we will allow them to meet very shortly.” On being asked about the timeframe of the report completion, he said,”Very shortly, in a day or two.”A day earlier, Vij said “every person has the equal right to meet the convict and the law can’t stop anyone from meeting that person”.

“The government is taking legal opinion on the application of Honeypreet to meet Ram Rahim and if there is no issue, she can meet him,” he has said.The self-styled godman, who has a huge following in this region, had earlier sought a parole of 42 days for tending to the sprawling fields in his sect’s headquarters in Sirsa town, some 250 kms from Chandigarh, but was refused owing to law and order fears.

A court in Panchkula earlier granted bail to Honeypreet in the case of violence after the self-styled godman’s sentence.Her bail came days after the trial court dropped sedition charges against Honeypreet and 35 other accused. She is currently staying in the sect’s headquarters.Ram Rahim was sentenced in August 2017 to 20 years in jail for raping two women.

A special CBI court in Panchkula in January also sentenced him and three others to life imprisonment for the murder of a journalist over 16 years ago.The 51-year-old is currently lodged in the high-security Sunaria jail in Rohtak.Ram Rahim was patronised by political leaders and parties of Punjab and Haryana for nearly two decades due to his ability to shift votes of his followers.