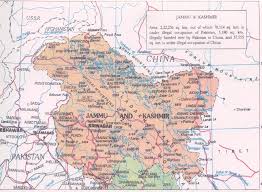 It was a lazy afternoon while waiting for someone in a place called Nirakarpur, the other day,  during a stroll, it was found that some spots flanking the 15’ cement road,  there were signs of open defecation .

A boy still in his school uniform was coming from the other end.

Who do such things happen here in the open when open defecation is something we don’t want to allow?

The thirteen year old Siraj Ahmed (not real name) said pointing at the filth on the kerb, ‘it is the Hindus who do it’. Such a reply from such a young man not only surprises one but it points at an instinct the society is not caring to take note of.

That place, in fact, called a ‘sasan’ in local parlance, dates back to over a century where people from both the communities pride of an impeccable record of no communal feeling whatsoever, let alone incidents.

During further interaction with Siraj, he surprised me saying something one can expect from a child who must have been reared in a cyclic influence of communal divide.

But It was a gorgeous blend of childhood innocence and emotion when he said how much he is missing his best friend in the village, Rajdeep, who died in a road accident last year. ‘Since then I feel like a loaner’ the boy said.

To be stoic at that age as Siraj appeared to be, can really amaze someone that hatred in children is an alien thing until unless it is instilled and instigated. Be it the case of a boy from Hindu, Muslim, Sikh or any other community.

What has gone wrong!

One requires no divine vision to know who all are doing it, by creating an air of divide among communities which virus has started to inflict human psyche like a mental palsy in last few years.

It is the politicians of the day who indulge in divisive politics and the media today play the role of a partner to give an intellectual look & feel to such bizarre propaganda. Interests of both sides are too intricately linked to be controlled at this juncture.

It is the exchange of divisive language that makes the issues more emotive  through naked display of bias mainly by the two major political parties in India.

The latest buzz being the variations in the history where some are busy leading the posterity through the gullies of confusion over the Moghul rulers one glorifying one and the other trying to demonise the other over Ayodhya or some other things quite irrelevant to the forward looking and pragmatic youth of the country.

Media’s role in the evening debates makes it crystal clear that as if an agenda is driving the entire gamut of what media is meant to espouse. They know well such hammerings can serve one side or the other but it destroys the mental fabric of an impressionable generation which is still far from its adulthood.

Siraj is a case in example which shows how a boy of his age finds it difficult to balance between the wrongs he encounters at home and the conscientious innocence within him that transcends all divides.

Youngster of the day is more bothered about his goals in life rather than the tricks played by politics to adulterate his instincts.

By recalling the wrongs of any erstwhile ruler and fomenting a divisive notion among children prone to such insinuations cannot augur well for long.