Hindi in animated suspense, as there is no record about it as ‘national language’ 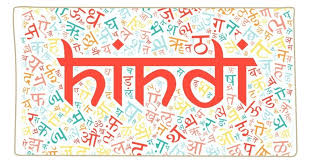 It is not known as how much thought has gone into making Hindi as a national language but, any imposition of that kind in a country of India’s dimension and diversity should have been taken with all caution.

Although there is no ground to deny the significance of Hindi as a language spoken by majority in India but, each state has its own dialect and language of communication and to do away with that is not easy. Moreover, now many states have their blue prints ready to introduce the local language for all official communication further complicates the issue.

For example, in Odisha the government has partially introduced Odia as a language for official communication but there is a lot to be done. Several other states have their own priorities and pride for the local language.

There is a sizable number within the Bharatiya Janata Party which thinks that, off the cuff Hindi should not be forced upon as a national language and there is the need for a consensus over the issue.

The reactions from the Southern and North Eastern regions have come quite in contrary to the expectation of the union home minister and there is a fear that, more protests are to raise heads in the days to come.