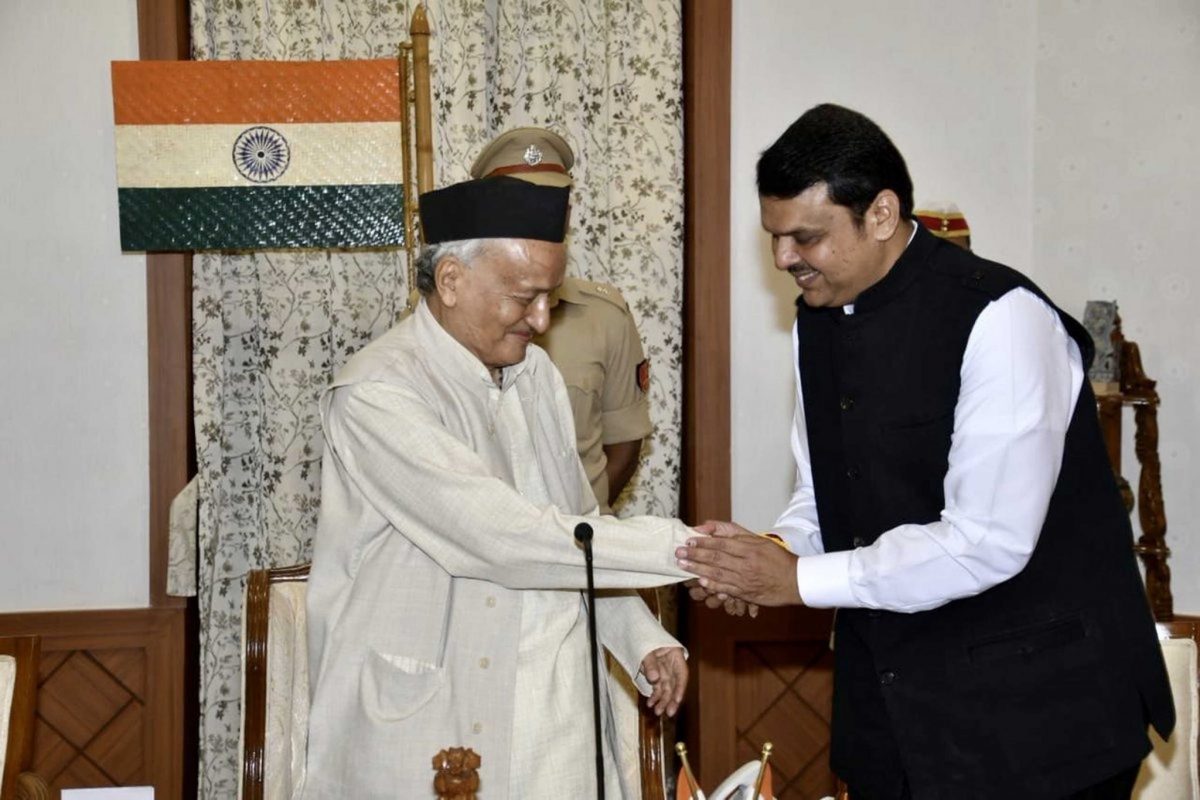 
New Delhi, Nov 23: The sudden swearing-in of BJP’s Devendra Fadnavis as Maharashtra Chief Minister and NCP supremo Sharad Pawar’s nephew Ajit Pawar as his deputy on Saturday morning had been scripted by BJP chief Amit Shah a day earlier. While Sharad Pawar had taken the initiative for a Congress-NCP-Shiv Sena government, the actual plot was laid by Ajit Pawar and Fadnavis with Amit Shah being regularly updated on their negotiations, facilitated by party General Secretary Bhupendra Yadav.

According to BJP sources, as soon as hopes of a government led by Sena’s Uddhav Thackeray grew bright after talks between the Sena, the Congress and the Nationalist Congress Party ended Friday night, Amit Shah prepared himself to deliver a masterstroke and deputed Yadav, a party trouble-shooter and trusted election manager, for the purpose.

Yadav was asked to proceed to Mumbai on Friday afternoon, and on reaching the country’s commercial capital, he began to lay the groundwork for the stunning turn-around, sources said.BJP sources told IANS that Amit Shah had been reassured by Ajit Pawar, the NCP’s legislature party chief, that he commanded allegiance of two-thirds of his party’s 54 MLAs and this strength was enough to escape the ambit of the anti-defection law.

Ajit Pawar also said, according to the sources, that keeping in view their pre-poll alliance, the NCP chief would be seen standing with the Congress, but with a big chunk of 29-30 MLAs with him (Ajit Pawar), it would not be difficult for the BJP-led government to prove its majority. The BJP had already claimed the support of around one-and-a-half dozen Independents and MLAs from smaller parties.

After being fully convinced, Shah deputed the trusted Yadav to Mumbai for the final round of talks. Sending him had two major reasons – one, he had been the party in-charge for the Maharashtra elections, and secondly, he was adroit at keeping the media away from his tracks. His interactions with media were so managed that not even a hint of the party’s strategy was revealed.

Sources said the final round of talks with Ajit Pawar began at 8 p.m. on Friday and concluded around 11.30 p.m. Ajit Pawar and Fadnavis then informed Governor, Bhagat Singh Koshyari. When Koshyari asked them how many MLAs they had, they said 175. This number came as Ajit Pawar said all 54 party MLAs were with him, while the BJP had 105 and 16 Independents and others were supporting it.

Following this, President’s rule was revoked at 5.47 a.m., and prior to this, around 5.30 a.m., Fadnavis and Ajit Pawar had reached the Raj Bhavan to stake their claim. Preparations for the swearing-in began at 7.30 a.m. and 8 a.m., Fadnavis fulfilled his promise to return as Maharashtra Chief Minister.