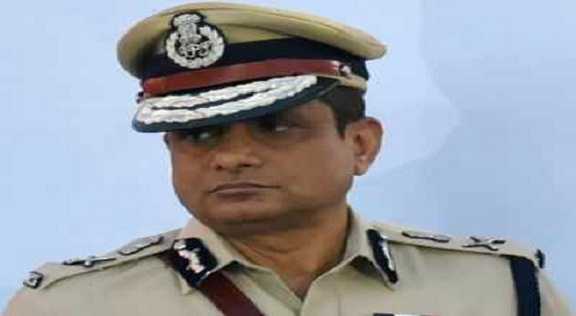 Kolkata, Sep 16 (UNI) Desperately looking for Rajeev Kumar in the Saradha chit fund scam for past three days, the CBI today delivered two more letters addressing the state chief secretary and home secretary seeking the whereabouts of AGD CID if he was on leave. Armed with Calcutta High court’s Friday’s order to question the former Kolkata Police Commissioner after vacating its no arrest order, the CBI immediately summoned the ADG CID to appear on Saturday morning before the investigating officers at the CGO Complex. But the ADG CID remained illusive and in an email sought time upto September 25 citing his wife’s illness.

But the CBI wanted his presence for the investigation and for this two letters addressed to the DIG were delivered on Sunday at Nabanna, the state secretariat. Since the Sunday was holiday, the letters addressed to the chief secretary and the home secretary, were delivered today. Two CBI officials arrived  at Nabanna and delivered the letters. The CBI sources said if the ADG CID was on leave he, must have given his address of leave and his phone number for contact to the higher authorities.

The CBI was also unhappy that despite its opposition two investigating officials, who went to deliver the letters yesterday at Nabanna, they were video-graphed. The CBI today sent a report to the headquarters in New Delhi regarding video graphy. The CBI has requested the West Bengal government to look for hiding Rajeev Kumar whose presence was sought by 2 pm today, even as the former Kolkata Police Commissioner has moved into the Barasat court in North 24 Parganas seeking an anticipatory bail.

Sources said the Kumar lawyers moved into the Barasat court on Saturday for which the hearing is expected on Tuesday. Sources said, the CBI probing the multi-crore rupees Sarada chit fund scam on a directive from the Supreme court and seek presence of Kumar following a Calcutta High Court order to quiz him, also make a move to the Barasat court today seeking a non-bailable arrest order of the cop, who defied the CBI summon and sought relief upto September 25 pleading his will ” illness.”

The CBI is also planing to move into the apex court for a caveat in case the 1989 cadre IPS officer makes an attempt for immediately relief from questioning to him by the central investigating agency. The CBI on Sunday went to Nabanna, the state secretariat, and handed over two letters with sealed cover for state police chief Virender seeking where about of Kumar and if the cop was on leave and from when. The CBI, probing Sarada chit fund scam, began to look for ADG CID Rajeev Kumar after he remaining abstained from appearing at the CGO Complex in Salt Lake at 10 am on September 14.

The central investigating agency, hours after the Calcutta High Court on September 13 withdrew protection from arrest on him on Friday afternoon, served a summon notice to Kumar at his 34 Park Street’s official residence. Thought the two CBI officials, including a DSP rank, could not locate the cop they pasted the notice on his main door asking him appearance at the CGO Complex at 10 am on Saturday. Mr Kumar is being probed by the CBI in the Rs 2,500-crore chit fund scandal which duped several lakh of poor investors in the Saradha group chit fund.

Kumar was heading a stage government constituted SIT to prove the Saradha fraud cases in 2013 until the Supreme Court asked the CBI to probe it in which many ruling TMC leaders have been accused of having monetary benefits. In February last, Chief Minister Mamata Banerjee sat on a dharna at Esplanade in central Kolkata when CBI officers tried to question Rajeev Kumar. Then many CBI officers had been detailed at the Shakeaspeare Sarani police station. Calcutta High Court’s judge justice Madhumati Mitra on Friday vacated the interim order providing protection from arrest to the IPS officer by the CBI.