I will not allow fall of BJP government in Karnataka: Kumaraswamy 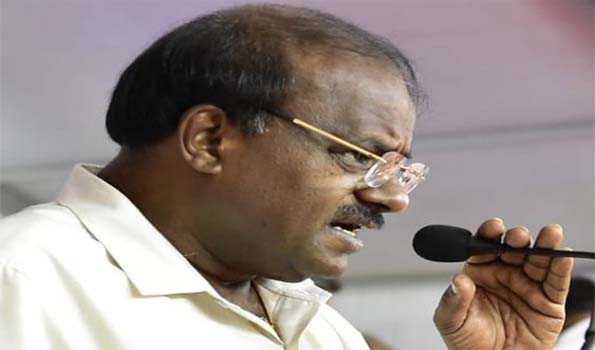 Speaking to mediapersons, he said that “survival of BJP government is in my hands. I will not let the BJP government be pulled down and Opposition leader in the Legislative Assembly Siddaramaiah’s dream of having mid-term poll becoming true”. Mr Kumaraswamy said that in the present circumstances, with flood situation alarming, all funds mobilised by the state government should be spent on rehabilitation of the affected,for giving compensation to farmers whose crops were washed away in flood water and to provide shelter to those who have lost their houses.

“More than Rs 250 crore is needed for holding Mid-term poll and the same amount can be utilised for flood affected people’s welfare. This is not a good time for re-election in the State,” he said. He said that BJP government, which came to power just months back, needs more time to act as the damages caused due to floods is very huge. The State government had earlier estimated Rs 35,000 crore loss due to flood in August and September and the fresh damages is yet to be ascertained.

“Let Mr Yeddyurappa continue and come to the rescue of the affected people instead of State going to mid-term election and spend huge money,” he added. Mr Kumaraswamy visited flood affected villages and listened to grievances of the people. (UNI)