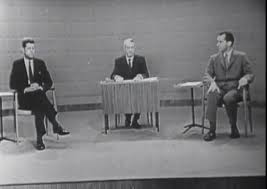 On Thursday a video clip went viral in media and was a debating point in few national channels where three  senior Congress leaders were heard discussing about certain problems within the Congress.

The trio, Gulam Navi Azad, Ahmed Patel and Bhupinder Singh Hudda, was casual and far from being pontificating over the debilitating health of the party and was exchanging ideas as regards to its prospects in the coming Assembly polls, the video clip came in handy as a spicy content for debate.

It is not to say that, the Congress party is not blighted by its internal anarchy but, certain channels went extra miles to make a montage of the clip to call it one of the biggest expose of the Congress.

The debate in one national English channel did really struck the chord and let alone anyone from the Bharatiya Janata Party, the news anchor did the job well as the ‘Devil’s Advocate’ going lock-stock and barrel on the Congress.

The debate in its tempestuousness appeared like flogging a dead horse, already outweighed by its own rots. And given what has been happening since last two days, when ranks in Congress are falling apart under a systematic incoherence, the three leaders were within their rights to privately deliberate on the situation in the Congress.

What if it were BJP leaders !

When the debate was at its peak and there was a rain of harangues by the anchor and the likeminded panellists there, a very senior journalist on the panel was asked to have his say on the clip and the audio.

The journalist in question who has maintained a safe distance from any hypernationlism of the day, nearly dropped a bombshell on the fiery debate’ He said and did take the anchor by surprise by saying that, had it been the case, for instance, and that video clip had three leaders from the BJP, then what ? He simply said that, in that case the clip would have never come out of the camera chips or would have been shielded inside.

That insinuation from the journalist suddenly dawned a calm on the face of the anchor and some panellists there.