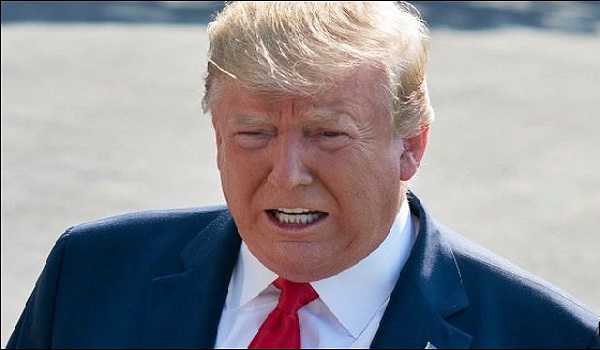 A second whistleblower has emerged in Trump impeachment inquiry, raising the possibility of damaging new disclosures as people in proximity to the president begin to provide evidence.

Lawyer Mark Zaid, on Sunday, said the person who was also an intelligence official had spoken to the inspector general Michael Atkinson, he told ABC news.

Another lawyer on the legal team, Andrew Bakaj, tweeted later that the firm was representing multiple whistleblowers but provided no details on the number, the status of their complaints, or whether they were also part of the intelligence community.

The impeachment inquiry so far has centered on a July phone call in which the president urged Ukraine’s President Volodymyr Zelensky to open an investigation into former vice president Joe Biden and his son, Hunter, and also to look into a discredited conspiracy theory about Ukraine’s role in the 2016 election, reports LA Times.

The telephone call with Mr. Zelensky, a summary of which was released by the White House, and the whistleblower complaint prompted House of Representatives Speaker Nancy Pelosi to launch an impeachment inquiry on September 24. She said Mr. Trump’s attempts to solicit foreign interference jeopardized US election integrity and threatened national security.

The White House has made no direct comment. President Trump has repeatedly rejected the original complaint.   (UNI)