In search of strategist, DMK talks to Prashant Kishor 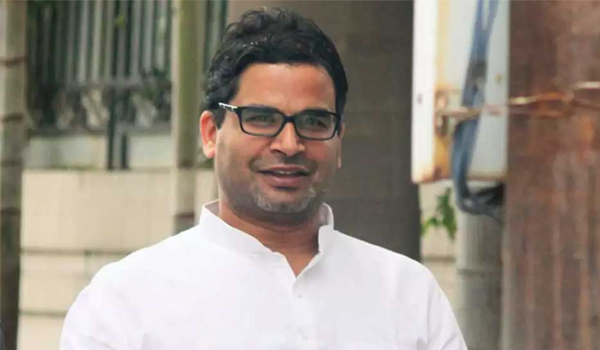 Chennai, Nov 30 After the ruling AIADMK, it is now the turn of principal opposition party DMK planning to hire Brahmin Prashant Kishor as their poll strategist.

And another actor Rajinikanth, planning to enter politics, too, had held discussions with the poll strategist.

Kishor is currently working with Trinamool Congress in West Bengal.

“The DMK is holding talks with Kishor,” a source told IANS preferring anonymity while Kishor was not available for comment.

The DMK is now looking for a new consultant as their existing strategist Sunil.K has decided to look for other avenues.

“It will be interesting how leaders and cadres in DMK would react if the party engages the Bihari Brahmin Kishor. The DMK is certainly not a pro-Brahmin. With DMK’s anti-Hindi stance, it will be interesting to see a person from the Hindi land charting its political strategy,” political analyst Raveendhran Dhuraiswamy told IANS.

He said how the party leaders would react to Kishor’s plans will be interesting to note.

Political analyst Kolahala Srenivaas, however, is of the view that the relationship between Kishor and DMK will be a professional and that there will be no space for castesim.

According to Dhuraiswamy, it is no big deal for a strategist to work with a big party and chalk out a poll strategy which may result in winning the polls or increasing their number tally.

“In the current situation, the perception is that the DMK has an electoral advantage over the ruling AIADMK. So, if DMK comes to power in 2021 after hiring Kishor, then it will help the latter in building his brand equity,” Sreenivas added.

For Kishor, the Tamil Nadu market will be new while poll strategists are not new for the state.

The tagline ‘Maatram, Munnetram, Anbumani’ was a great hit and has a recall value even now by politicians in different parts of the country.

“Arokiasamy’s strategy took PMK’s vote share from about 3.5 per cent to 5 per cent in the 2016 assembly polls,” Dhuraiswamy told IANS.

The image makeover of Ramadoss also settled the succession issue within the PMK.

“Earlier too political parties did strategise their communication focus and others. But they were in silos. The new age political strategists unify those towards the common goal,” a poll strategist told IANS preferring anonymity.

“Working with a regional party gives the poll strategist the necessary freedom unlike working with a national party. Further, we advice the party leaders with data analytics which was not so earlier,” he said.

“Success also depends on the leaders who accept and implement our ideas and plans. At the end of the day, we are consultants/advisors and it is for the party to decide and implement,a he added.

However, a political strategist alone cannot win an election in Tamil Nadu.

According to K.C. Palanisamy, a former MP, the strategists can make only a marginal difference. If a party has built its rapport with the people to win the polls with a margin of 25,000 votes, then the five per cent negative swing will not make much of a difference.

Dhuraiswamy said Kishor’s magic did not work in Maharashtra for Shiv Sena.

Experts are of the view that Rajinikanth’s political entry will change the electoral dynamics.

“While DMK seems to have an upper hand now, it is only Rajinikanth who can be a counter force. Rajinikanth will be a political force and hence the role of strategists will also change. Assessing the power of the new force will be a challenge for them,” Srenivaas said.

Meanwhile sources told IANS that the parting of Sunil from DMK was amicable though the latter tried to hold him back till 2021 assembly polls.

It is reliably learnt, Sunil had sounded out the DMK President M.K. Stalin of him moving out soon after the Lok Sabha polls.

The DMK had resoundingly won the Lok Sabha polls bagging 38 out of 39 seats in Tamil Nadu.

However, Sunil continued for some more time with DMK as it was then thought local body polls would be held soon after the Lok Sabha polls.

As the run-up to the 2016 assembly elections, Sunil worked on making over Stalin’s image with various programmes like ‘Nammuku Naamey’ and others.

While DMK gained electorally, it was not sufficient to beat AIADMK to capture power.