India hits back at Imran: Community connect at the heart of Indo-US ties, says PM 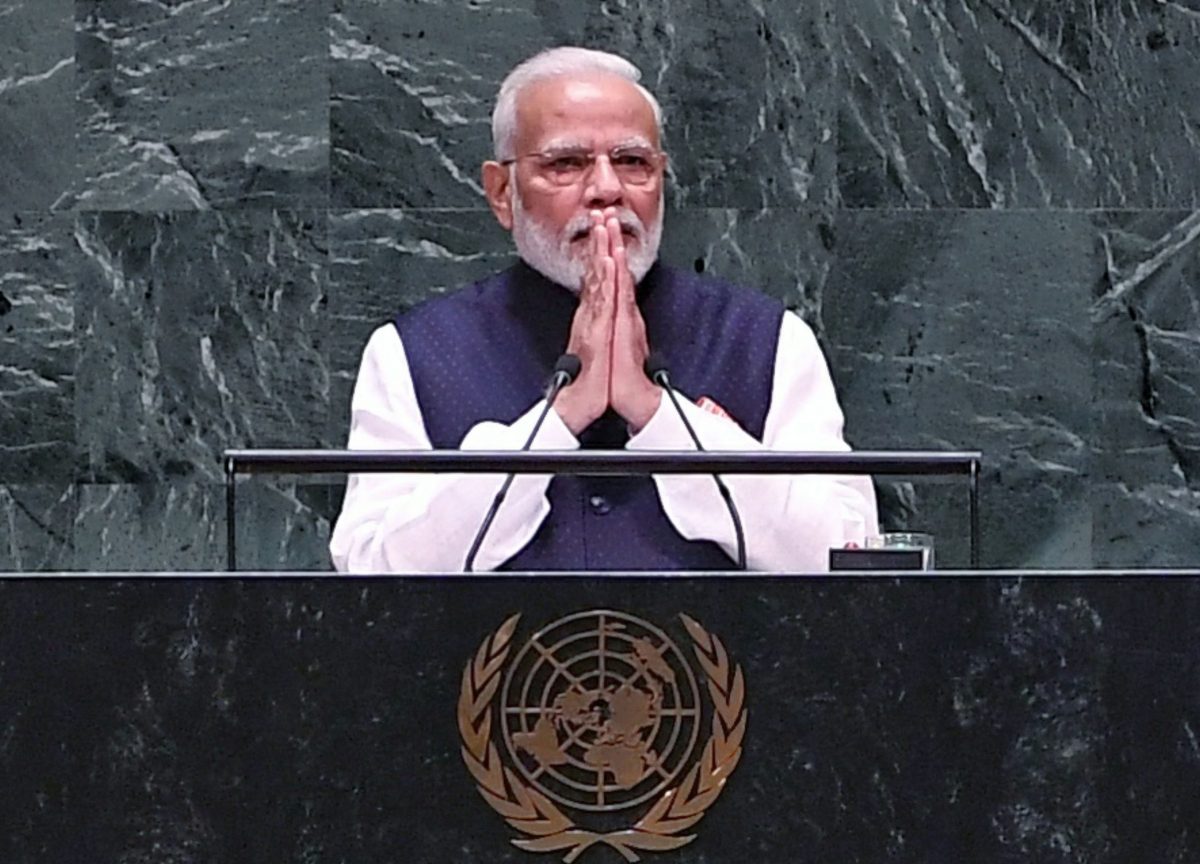 India on Saturday lashed out at Pakistan Prime Minister Imran Khan for his UNGA speech and sought to counsel him that – words matter in diplomacy and invocation of words and phrases like ‘pogrom, bloodbath, racial superiority and pick up the gun’ only reflect a medieval mindset and not a 21st century vision.

Exercising the right of reply, First Secretary in India’s Permanent Mission to the United Nations Vidisha Maitra said that what Pakistan Prime Minister said was a callous portrayal of the world in binary terms. She said that rarely has the General Assembly witnessed such misuse, rather the abuse of an opportunity to reflect.

“Every word spoken from the podium of this august Assembly, it is believed, carries the weight of history. Unfortunately, what we heard today from Prime Minister Imran Khan of Pakistan was a callous portrayal of the world in binary terms. Us vs Them; Rich vs Poor; North vs South; Developed Vs Developing; Muslims vs Others,” she said adding Mr Khan’s speech reflected a script that fosters divisiveness at the United Nations.
“Attempts to sharpen differences and stir up hatred, are simply put – hate speech”,” First Secretary said. She charged Pakistan with being “least of all those who have built an industry of terrorism from the ideology of hate.”

She further said: “We would request you to refresh your rather sketchy understanding of history. Do not forget the gruesome genocide perpetrated by Pakistan against its own people in 1971 and the role played by Lt. Gen A A K Niazi. A sordid fact that the Hon’ble Prime Minister of Bangladesh (Sheikh Hasina) reminded this Assembly about earlier this afternoon.”

She said: “Citizens of India do not need anyone else to speak on their behalf, least of all those who have built an industry of terrorism from the ideology of hate”.
Ms Maitra also thre up questions – Can Imran Khan deny to the city of New York that he was an open defender of Osama bin Laden?

“Can Pakistan confirm the fact that it is home to 130 UN designated terrorists and 25 terrorist entities listed by the UN, as of today? “Will Pakistan acknowledge that it is the only Government in the world that provides pension to an individual listed by the UN in the Al Qaeda and Da’esh Sanctions list!
Meanwhile, Prime Minister Narendra Modi wrapping up his US visit, thanked the American people for the “warmth and hospitality” shown to him.

“Community connect is at the heart of India-USA relations. I will never forget the Howdy Modi programme, made more special by the coming of US President Donald Trump. That gesture showed how much he personally, and USA values ties with India as well as the role of our talented diaspora” Mr Modi tweeted.

“Drawing more investment to India and acquainting the world with India’s reform trajectory was one of the aims too. My interactions with energy sector CEOs in Houston and American captains of industry in NY were successful. The world is eager to explore opportunities in India,” the Prime Minister said.