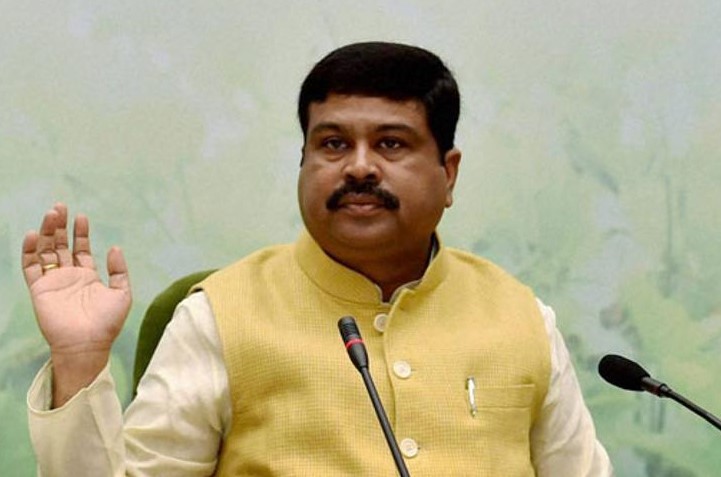 New Delhi, Aug 31 (UNI) Petroleum minister Dharmendra Pradhan said India was committed to strengthening its engagement in energy and steel sector with the Russian Far East.Mr Pradhan, who visited Moscow from August 29-30, on the invitation of Minister of Energy of Russian Federation Alexander Novak, stated this during the visit.He also held a series of high-level bilateral engagements with Russian Government and private sector entities from energy and steel sectors.

“The Minister was accompanied by a 25-member strong business delegation comprising of CEOs of some of the largest Indian oil & gas, steel and engineering consulting companies,” an official statement said here on Saturday.The visit saw high level meetings of Pradhan with Deputy Prime Minister of Russia and Presidential Envoy to the Far Eastern Federal District Yuri Trutnev; Minister of Energy, Alexander Novak, and Deputy Minister of Industry and Trade, in-charge of steel sector, Victor Evtukhov.

He presented the Indian interest to increase energy cooperation with Russia and to become a long term partner of the Russian coal sector.The Deputy Prime Minister invited the Indian side to consider various opportunities in the Far East in the coking coal, transport and logistics sector. Pradhan referred to the vision of the Prime Minister to deepen engagement of India with Russian Far East and Arctic regions and emphasised that his Ministries of Oil & Gas and Steel will work towards that direction.

He also stressed upon the need of direct shipping routes between Russian Far East and Indian Eastern Coast.The two sides reviewed the current status of cooperation and identified various opportunities in which to their engagement can be increased. Their discussions covered a myriad of issues like mutual investment in each other’s countries, developing on robust energy relationships, protection of both energy producers and consumers among others.

After the meeting of the two Ministers, the discussion was opened to oil and gas companies of both countries from public and private sectors.The two Ministers stated their support for increasing energy relations and welcomed the initiatives of the companies which have resulted in the energy sector becoming one of the important pillars of India-Russia relations. During the visit of Mr Pradhan, a special session was organised for the Indian delegation to discuss specific projects of immediate interest to Indian companies.

The session which was organised with the support of Russia’s Far East Investment and Export Agency was attended by around 40 representatives from top Russian companies.This platform provided an opportunity for high-level interaction between the Indian and Russian companies. During the event presentations were made on specific opportunities for Indian companies in the oil, gas and coking coal and steel sectors?in both greenfield and brownfield investments. Companies on both sides held separate B2B follow-up meetings to concretize the ideas discussed in the expanded session.

The CEO of the Far East Agency Leonid Petukhov assured the participating Indian companies of support in building  contacts on both sides and governmental support to Indian projects.Mr Pradhan urged participants on both sides to come up with tangible outcomes as a result of their interactions during this visit, to further bolster India-Russia partnership.He emphasised the importance the leaders of the two countries have placed on strengthening mutual bilateral trade and investment in the sectors under discussion.

In addition, the delegation met with senior leadership of some of the biggest oil, gas, coal and steel companies and discussed ways and means to further strengthen collaboration in the near future. These included CEOs and senior leadership of companies like Rosneft, Novatek, Evraz, Kolmar, VostokUgol, Dolguchan, Tiger Realm, etc. Pradhan and the delegation also visited the Innovation Centre and Moscow Business School in Skolkovo. The head of Skolkovo foundation Arkady Dvorkovich, presented the opportunities to Indian companies and welcomed their participation in the Skolkovo platform. The Skolkovo Innovation centre which has more than 2000 start ups has the potential to integrate Indian and Russian products into the global value chain.

Various Russian companies which had interest in cooperation with Indian companies presented various opportunities for collaboration in sectors ranging from oil and gas to Digital economy to robotics etc.The visit was in preparation to the upcoming visit of Prime Minister Narendra Modi  to Vladivostok where on the invitation of Russian President Vladimir Putin, he will participate in the 5th Eastern Economic Forum as the Chief Guest.