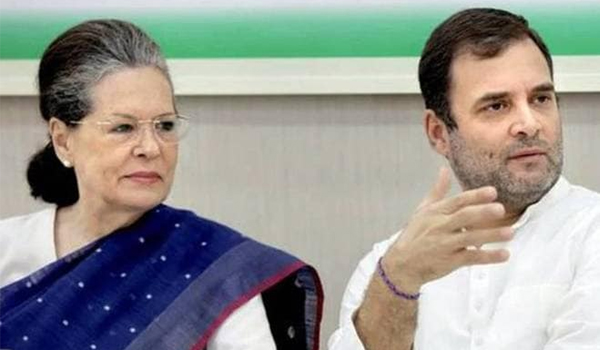 Before it struck 7 pm on Monday evening, some exit polls spun out a shocker for many in the opposition camp. It is almost  a cold stare from the  voters of Maharastra and Haryana where they  preferred Modi to an out of mode opposition or the Congress in particular. An opposition which stands singed exhibiting an unwillingness to stand together let alone pose a strong fight to Modi led NDA.

Where was Rahul Gandhi all those days , is a question writ on each face in the Congress. If the exit polls really translate into reality on 24th then there cannot be a better lesson for the dynasty and for Rahul Gandhi who has doubly proved that he is a reluctant politician, to discover a virtue in shedding off the greed for Gandhi supremacy.

A nomenclature which has ultimately reached a state from where the family in question must be feeling the shivers in the face of a brewing of dissent against the decades old dynastic reign.

It is not that any extraordinary magic band of Prime Minister Narendra Modi has convinced the voters to go for NDA   but it is the absence of an alternative that forced the voters to bank on the latter rather than risk a run with a reluctant Congress and its allies which failed to show even a modicum of unity in both the states that went to polls.

Sonia Gandhi or Rahul Gandhi have indeed failed to read the writings on the wall long back. If Modi and company were making so much from things like 370 and so on as election teasers to cash in on, then there were en number of issues that the opposition could have taken to the people. Which they did not. Surely, the Congress itself orchestrated the situation for a walk-over.

Imagine the situation in Maharastra where the NCP chief Sarad Pawar, in his twilight of politics and age could who could make a relentless campaign, one never saw neither Sonia Gandhi or Rahul with him in any of such campaigns that could have, at least, showcased even a semblance of an united opposition led by the Congress.

Both the Congress two top leaders now must get lend their ears to the whispers in the Congress grapevine where leaders like Salman Khursid or J Scindia have already sounded the warnings. Even, fairly recently, Abhisek Manu Sanghvi, had his own say on the issue of Bharat Ratna to Veer Savarkar saying that Savarkar was a freedom fighter and played his part with the required bravery and dignity. In that, Manu Saaaabghvi spoke a lot.

Sonia & Rahul should take a break

After leaving the party as its president recently, Rahul Gandhi left the Congress party in absolute lurch. And what was that drama of bringing in Sonia Gandhi again, even though temporarily, as Congress people would have us believe, to lead the party!

And what has Sonia Gandhi done? If she cannot manage her son, politically, to realise  as what went wrong, then it is Sonia who should try creating a history by liberating the Congress from the dynastic tag, at least for some years.

Time has come when the Congress must take off from the tangent of personification of the party and let a new experiment replace the old pattern. People in India do not want under any circumstance, ,   ‘Congress mukt’ Bharat,  as Modi-led NDA keep to slogans ,   but a democracy with a strong opposition in the Congress.

Be it fear mongering, corruption as an embodiment or sickening of a democratic structure by brute numbers is a state that people may not allow all the time that the BJP must have in its mind.